The Burma Army ground attacks have continued unabated in Papun, Nyaunglebin and Thaton districts of northern Karen State, displacing now a total of over 24,000 people, killing Saw Kyi Bu, a 60-year-old man, and wounding 11-year-old Naw Mee Mee and five others this past week.

Airstrikes from the Burma Army Air Force, which killed 20 people and wounded over 40, have stopped since 2 April; however, the fighter bombers are still flying daily and keep people in hiding. Reconnaissance aircraft patrol the area and Chinese CH3 drones loiter over northern Karen State. Many villagers still haven’t returned to their homes or been able to plant new crops because they can see or hear the jets flying and are living in fear of more bombing raids.

On 3 April 2021, soldiers from the Burma Army camp located at GPS: 17°05’58″N 97°25’45”E attacked the Karen at Ta La Aww Poe Klar Village, Thaton District. The villagers and Karen Army resisted and another Burma Army unit located at 17°07’10″N 97°28’54”E, was radioed to support and fired with 120mm mortars. One round destroyed a house and another round landed near the clinic, sending shrapnel flying into the building walls. One bullet hit Naw San Chi Myait behind her left arm. She is 28 years old and has four children.

On 7 April 2021, 08:00 local time, Burma Army MOC 8, LIB 408, advanced on the road between Kamamoung and Papun. As they advanced they deployed mortars, shelling into any nearby villages and farms. They fired 60mm mortars into Nay Ka Village, which is part of Lay Poe Hta Village tract, in Dwelo Township, Papun District; the rounds wounded four civilians, killed one pig and destroyed the houses of Saw Pay Bu and Naw Be.
The civilians wounded are as follows:

On 8 April 2021, 11:50 local time, Burma Army LIB 434 in Papun advanced 60 soldiers to Way Sa Village and mortared 13 rounds into Htee Ber Ka Hta Village. Rounds destroyed the house of Saw Poh Tu as well as destroying the school. All the villagers left their homes and are currently hiding in the jungle, 38 households from one village and 65 households from another village.

Villagers in Saw Poo, Luthaw Township, reported that they are unable to burn and prepare their rice crops because the Burma Army will mortar any time they go into the fields. They are afraid they will have no rice harvest next fall.

On 12 April 2021, attacks by Burma Army units in Thaton, Nyaunglebin and Papun districts continued as Burma Army units shelled into villages and fields as they advanced to resupply their camps in these districts.

There are currently over 24,000 IDPs in northern Karen State. There have been 40 civilians killed in the past month by Burma Army air strikes and ground advances, and over 700 killed in the cities as protestors are regularly shot and hunted by Burma Army and Burma police. In one city, 82 were killed in one day. Free Burma Rangers teams continue to respond to all of the attacks and bring help, hope and love to all the displaced people.

Thank you and God Bless you 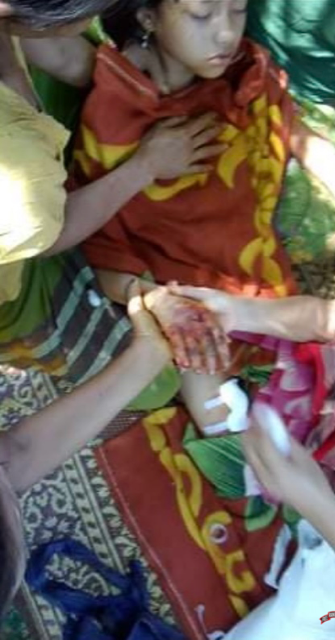 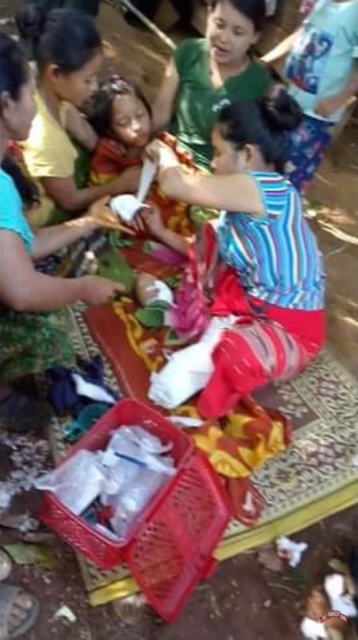 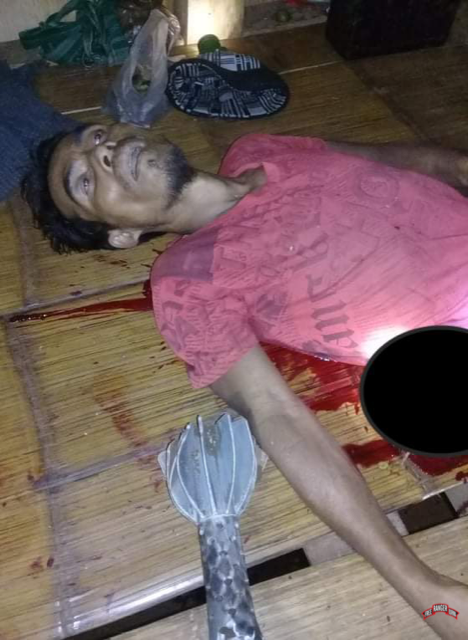 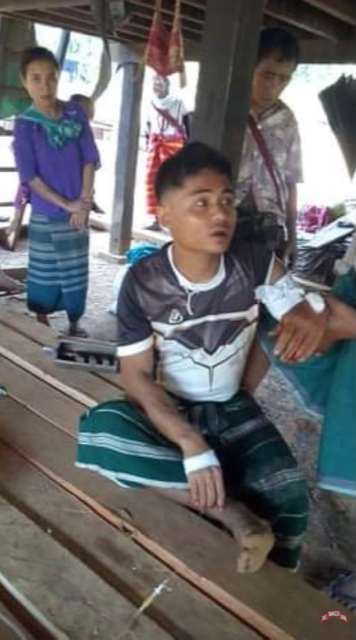 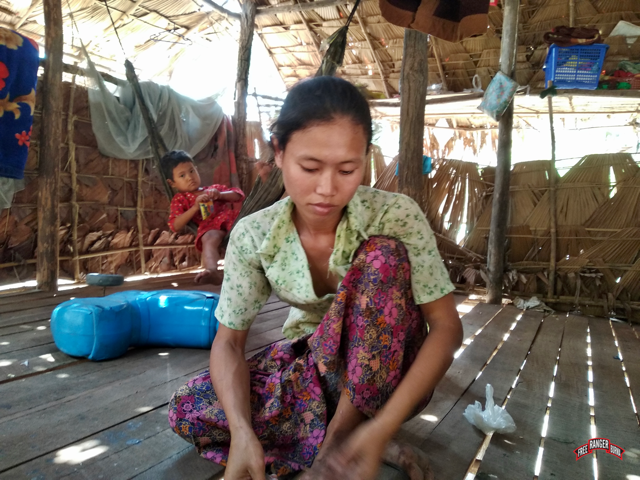 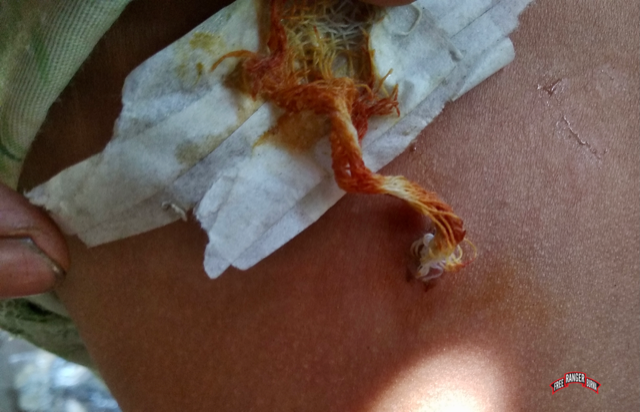 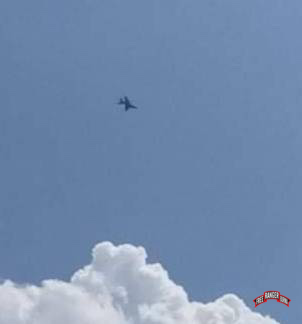 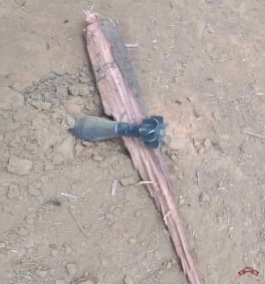 House destroyed by mortar round. 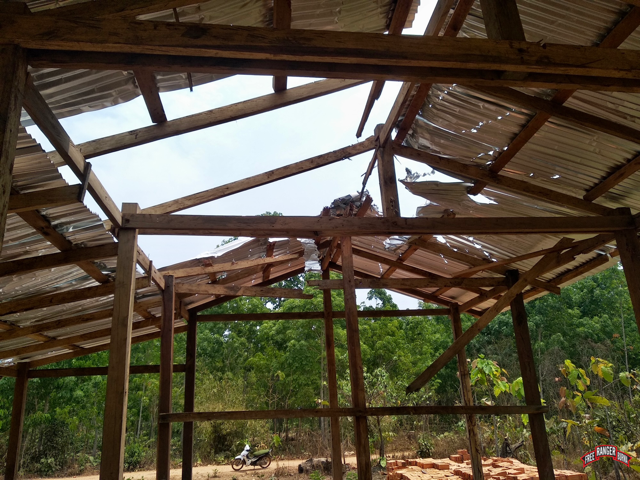 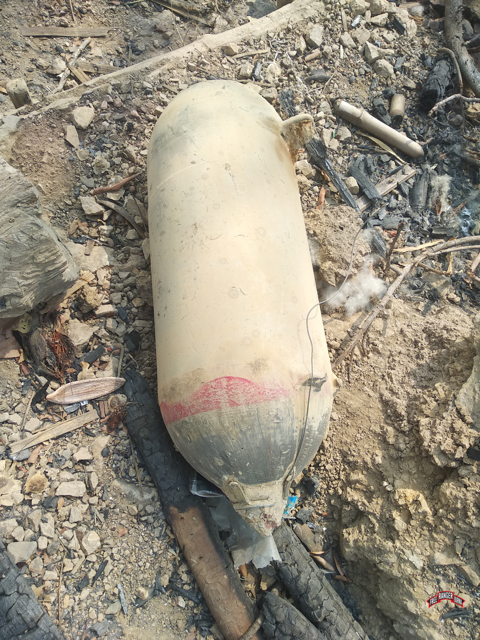