On December 27th, new and advanced Ranger teams from nine different ethnic groups in Burma graduated after two and a half months of training. The next day, they all walked out of camp and launched into their first mission. Tha Da Der Village was the site of the first program and the teams’ last chance to be all together before dividing for their separate missions.

Our first day in Tha Da Der was Sunday and, as in years past, we joined the villagers for church and an opportunity to sing and pray together. This village has been attacked and burned by the Burma Army three times and so it is always an inspiration as well as a joy to see the vibrancy and strength of our friends here. The political situation in Burma is more precarious than ever and yet the people here continue lives of simple dignity and gradual development. While new roads have made it easier bring in infrastructure improvements such as solar power, simultaneously they are working on conservation and taking steps to preserve their forests, knowing how quickly development can bring destruction.

The next day the teams walked an hour and a half to do reconnaissance on the Burma Army’s camp at Maw Pu. This camp is manned by 40-50 soldiers, occasionally reinforced by hundreds of additional troops – and it is from this camp that previous attacks on Tha Da Der have been launched. It sits on the road connecting Kyaukkyi on the edge of the plains of central Burma with Saw Hta camp on the Salween River, at the eastern border with Thailand. The Burma Army has been improving this road, in violation of the National Ceasefire Agreement, and the troops at Maw Pu are currently awaiting the arrival of a bulldozer to continue road improvements to the Salween. The teams were able to observe Burma Army soldiers guarding the camp and others going about daily activities. They documented a helipad but according to the local Karen forces, there has been no recent helicopter use.

The next day was the Run for Relief and Good Life Club program.  Over 200 children were at the program with an 8 a.m. morning race around the rice paddies. We shared how this race is just one of many that are held around the world by people who care about them and are praying that they will never again have to run away from Burma Army attacks. A line of flags from different countries in which FBR works supplemented the geography lesson the children received as Rangers from all over Burma introduced themselves and talked briefly about their own homes.

In a full-day New Year’s Eve program, the laughing, singing, dancing group of Rangers led the kids in songs; performed several skits, including one telling the story of Noah and one with an environmental lesson about throwing trash away; gave health lessons and taught the kids how to make oral rehydration solution; and played games with them. At the same time, medics from the team treated 136 patients from the five different villages in attendance. Other team members worked with villagers to make lunch and dinner for all who came.

Gifts of school supplies were given to the teachers and a shirt for each of the kids. The program finished with all the children and Rangers singing the Karen national anthem as Sahale, Suu and Peter galloped their horses in with flags flying. Sahale led with the Karen and FBR flags and Suu and Peter followed, flying the flags of Kurdistan and the Syrian Democratic Front. The horses and riders leaped over rice dikes, with flags whipping in the wind, illuminated by the sun. The children and Rangers sang powerfully for love and freedom.

As the children all headed home and the Rangers gathered their supplies, there was time for a final flag parade in the light of the setting sun. The flag carriers, some on foot and some on horseback, raced through the golden sunset light, across the fallow rice fields with the colorful flags – representing the highest aspirations of nations – streaming above them. It was a beautiful and inspiring end to a day of joy and freedom in a place where that freedom is hard-won. 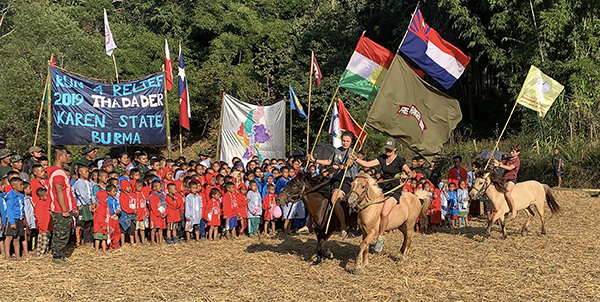 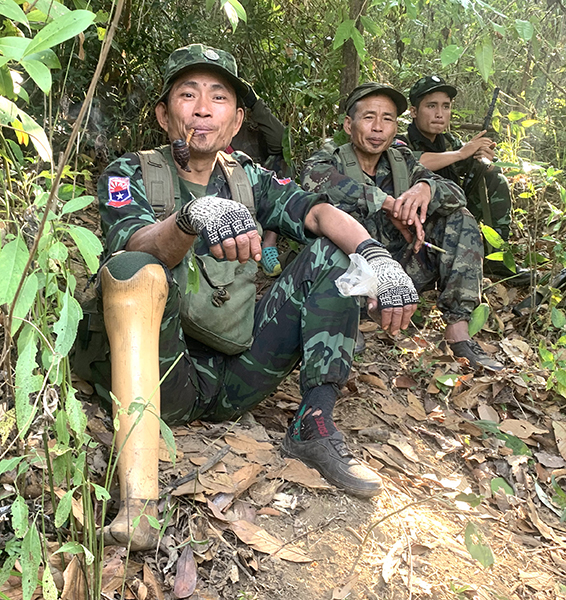 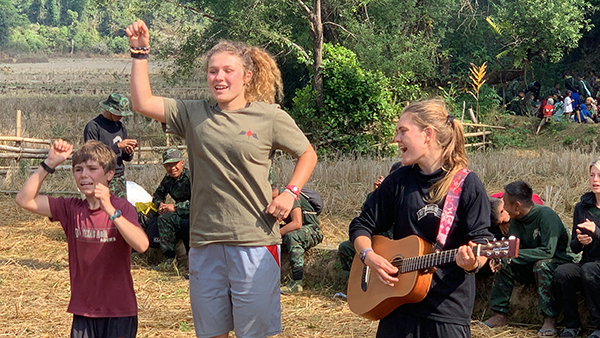 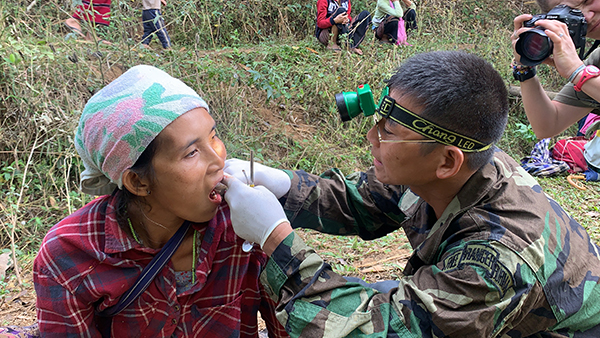