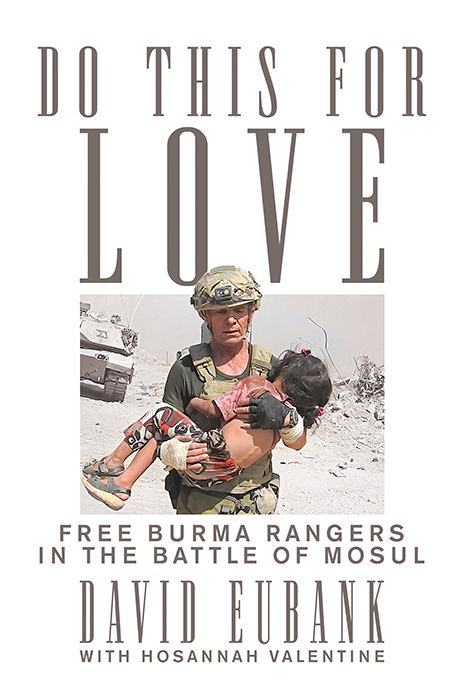 By David Eubank with Hosannah Valentine

The fiercest urban battle in recent history, to retake the city of Mosul from ISIS, lasted nine months. Thousands were killed, millions displaced. How to help in such a massive and desperate situation? This is the story of how one small organization from Burma answered that question: go. Give up your own way, help the people, share love.

As coalition forces, led by brave Iraqi soldiers on the ground, slowly pushed ISIS out, the brutality of the terrorists was turned against thousands of civilians as they fled the fighting. There was no humanitarian template for responding to such ruthlessness; to attempt to help would take total commitment.

Birthed in the war zones of Burma to stand with villagers under attack by the Burma Army and provide medical care, relief, and reporting, the Free Burma Rangers came to Mosul with twenty years of war zone experience in the jungle. Led by their founder, David Eubank, a former Ranger and U.S. Special Forces officer, medics, and cameramen from the teams in Burma, other foreign volunteers, and Dave’s wife and three children, came to fill the gap between the frontlines and the humanitarian community. They came living by the conviction that every person counts and the only force that can defeat hate is love. Four team members were wounded and two killed as they lived out that conviction with total commitment. This is their story.