Villagers Forced to Porter for Burma Army. May 2006 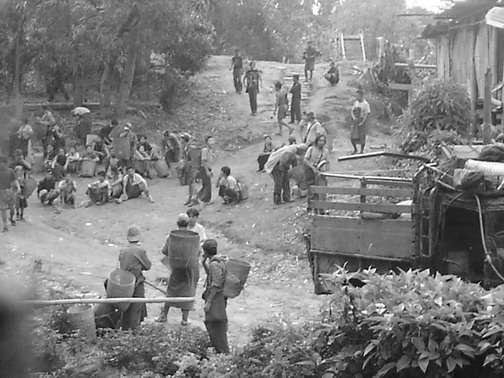 Burma Army soldiers (In background) with villagers forced to porter. May 25, 2006 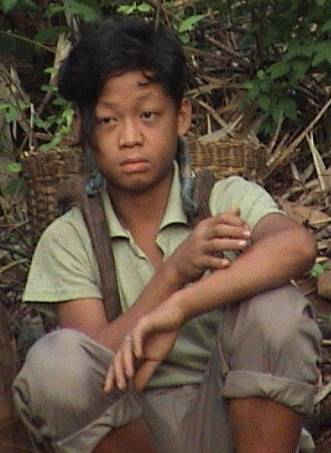 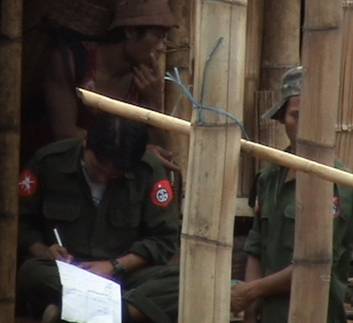 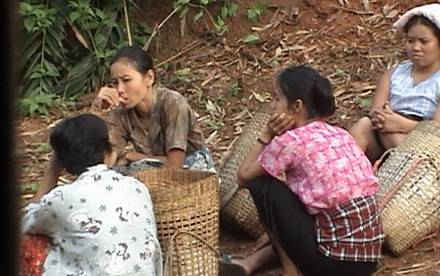 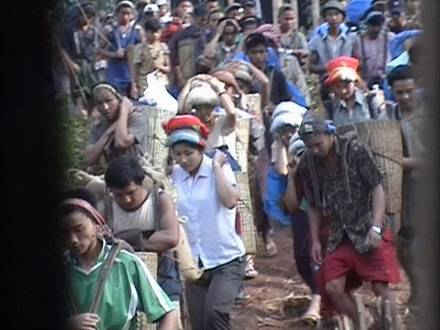 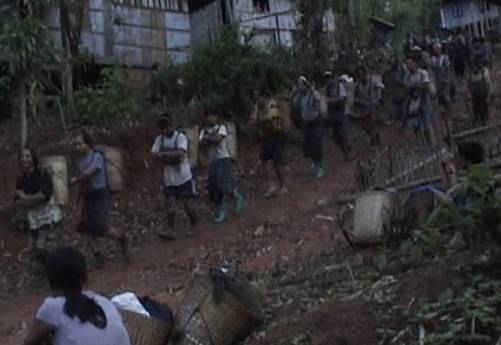 In its ongoing violation of human rights, the Burma Army forced 850 villagers from Kaw They Der Village area to carry military supplies from Kaw They Der Village to Naw Soe Burma Army camp. This is in support of a planned attack into eastern Toungoo District and northwestern Muthraw District. The villagers were forced to carry the supplies starting on May 25, 2006, by Burma Army Division 66. The attacks in Toungoo District (which started in February 2006) have displaced over 5,000 people.

Those in hiding have approximately a two month supply of rice remaining and live in constant fear of discovery and attack by the Burma Army. The photos above were taken at great risk by a relief team which is helping the displaced people in this area.

Thank you for your help and prayers.