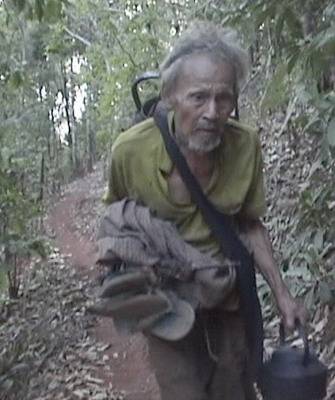 Saw Tha Po Aung, 80 yrs old, before he was killed. 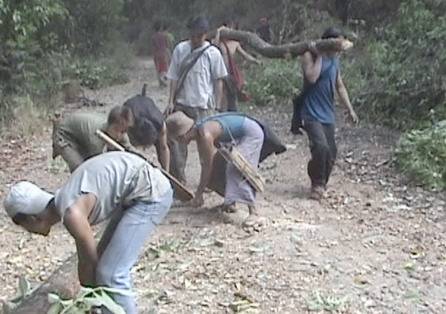 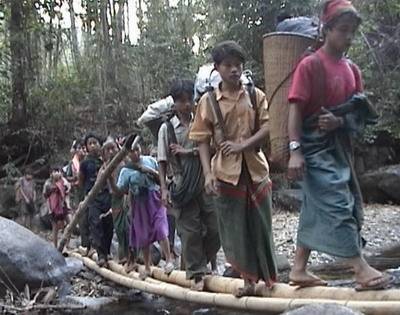 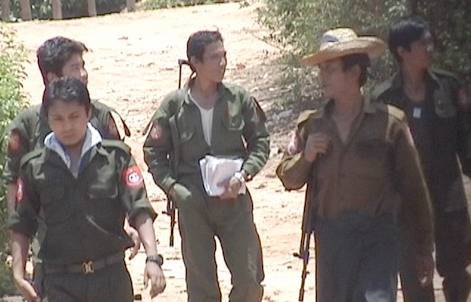 Aung Myo Htun and his soldiers enter Kaw They Der village. May 2006

1. Saw Tha Po Aung. 80 year old Saw Wah Der villager forced to flee his village. The Burma Army then captured him, stole 400,000 kyat from him, and killed him.
2. Villagers from Klay Saw Kee being forced to cut down trees for the Burma Army in mid April.
3. IDPs fleeing from Daw Pa Ko on April 15 06. Villagers also fled from The Yae Yu village in mid April and Saw Wah Der village in mid May.
4. Burma Army soldiers in Kaw They Der village. The Burma Army here has forced villagers to obtain travel passes to leave the village, or face being shot if seen outside of the village.