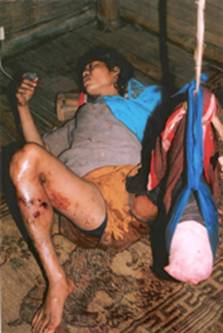 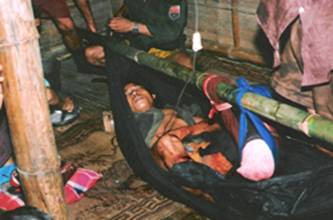 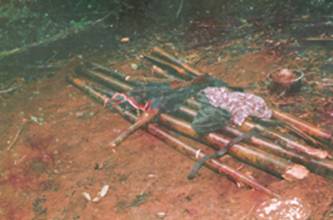 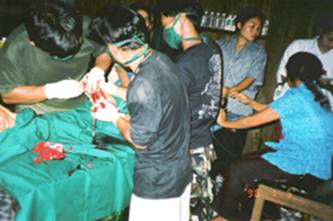 Two Karen young men were killed after stepping on landmines on 31st August 2005 following an Burma Army operation in their area.

This is a tragic loss of two young men. Our prayers are with their families. The Burma Army assault directly resulted in the displacement of villagers, the destruction of property and the laying of landmines which killed these two men. A Free Burma Rangers spokesman said.