20,000 in Hiding in Karen State as Burma Army Airstrikes and Ground Attacks Continue to Kill Civilians

20,000 in Hiding in Karen State as Burma Army Airstrikes and Ground Attacks Continue to Kill Civilians

The Burma military continued its airstrikes in spite of an announced ceasefire, and ground attacks have stepped up in northern Karen State, displacing now over 20,000 people in the three northern districts of Karen State alone. The Burma Army declared a ceasefire on 1 April 2021, yet conducted multiple airstrikes in Dwelo Township, Papun District, northern Karen State in the morning and afternoon of that same day, 1 April 2021. At the same time, it launched ground attacks in Luthaw Township, with heavy mortars driving villagers into the jungle. On 2 April 2021, the Burma Army launched another attack with four battalions of Division 88 moving from Kamamaung, north of Hpa-an in central Karen State, up towards the city of Papun in northern Karen State. Also on 2 April, Burma Army troops fired into Ler Day Village, Butho, Papun District, killing a woman named Naw Mu Doh, aged 35, and wounding her husband, Saw Mya Aung in his left shoulder. The village fled into the jungle. Further south, there have been attacks also in Dooplaya District of south-central Karen State and up in Taungoo District, in the northernmost part of Karen State. Elements of Division 77 and 88 were deployed along the Sittang River valley, blocking access from the plains up to the mountains of northern Karen State, with more troops pushing towards the area north of Thaton. Now Division 88 has turned east into Karen State to support attacks on Papun District.

In Papun District, there are 26 Burma Army battalions operating currently. These include LIBs 341, 434, 340, and 19 from Strategic Operation Command (SOC), and Light Infantry Battalions (LIB) 401, 402, 403, 405, 407, 410 from Military Operation Command (MOC) 8. They are moving between Mae Way camp, Thoo Mweh Ta camp, the Papun road, the Koo Thu Ta area and the Kay Kaw area. Also near Mae Way camp is South Eastern Command (SEC) LIB 339. Additionally, in Papun are three Border Guard Force (BGF) battalions 1014, 1013, and 1011. In Luthaw Township, Kay Pu area, are MOC 4 and LIBs 705 and 707, with movement between Kaw Daw Koh and Hsa Law Kee. Burma Army has been shelling in Kay Pu area since the beginning of 2021, preventing the villagers from going to their fields. This shelling continues up until now. In addition to those already listed, responsible units are from the Southern Command, LIBs 20, 264, and 440.

In Ler Mu Plaw area of Luthaw Township, LIB 20 has a base camp in Taw Mu Plaw Mae from which they shell down on villages below such as Naw Kaw Baw where on 1 April they dropped 8 mortar rounds into the village and nearby fields. Not only do the people have to flee and hide, they also cannot tend their fields which means without help they will starve. LIB 440 camps in Kyu Lu and Maw Pu camps and LIB 264 is in Der Kyu. From these camps, they shell the nearby villages every day. MOC 4 with LIBs 705, 709, and 704 has a base camp in the Kay Pu area from which they launch mortars.

In Toungoo Distict, the northern most of the seven Karen National Union districts, Division 77 is sealing off the plains from the mountains and pushing deeper into Karen State.

The situation in Karen State is dire, with the 20,000 newly displaced, unable to tend their crops or take care of their animals and surviving on emergency rations they have hidden. But not only do they need food now, this will become a greater crisis if they cannot plant their fields. The Burma Army is improving their road network into Karen State to further project their power, with dismounted infantry moving with bulldozers to build and repair roads. They are resupplying their camps in the area including new camps they have built. The infantry battalions also attack from roads and camps into villages and chase the villagers deeper into jungle. They fire machine-guns and 60mm, 81mm and 120mm heavy mortars into the jungle to kill anyone who dares to stay. The Burma military is also conducting airstrikes into Karen State for the first time in over 20 years and for the first time that we know of, these have been airstrikes conducted at night, which means the Burma military has increased its capability, capacity, and lethality. The jets usually come in two at a time. They drop bombs, some of which, according to the descriptions of the villagers who saw them, are cluster bombs, and they are doing gun runs with machine guns and cannons. The targets that they have hit are schools, clinics, homes, and mining operations. Men, women, and children have been wounded and killed. As of this report, over 40 are wounded and 14 killed. The biggest result of these airstrikes has been over 20,000 people hiding in the jungle, afraid to stay in their homes and be the next target, unable to go out to their fields. At the same time the Burma Army conducts airstrikes, they fire mortars from their camps to the surrounding areas, including fields, that prevent villagers from tending to their crops. They also attack out of these camps and the road network that they have built in northern Karen State. The Burma military flies reconnaissance aircraft which seem to be ATR 42 transport or similar aircraft modified for photo reconnaissance. The reconnaissance planes fly over before and after attacks by the jets. The goal seems to be to completely dominate and crush the Karen people and stop all resistance. On 4 April, three jet fighter bombers circled Tha Dah Der Village in Luthaw, Papun District, which caused the villagers to flee. There was no bombing that day but villagers dare not return to their homes and fields.

The situation now seems, from our perspective, to be all-out war to the finish. Unless there is a miracle, the Burma Army will not hold back in their attempt to crush the Karen and any other ethnic group that stands against them, just as they have not held back killing their own Burman people in the cities and plains of Burma. The Burma military also further limited communications, shutting down phone and internet services in the cities and plains. Up in Kachin State, attacks have increased 30% since the coup, as well as in northern Shan State. There is hope and that hope, for us, is in God and in each other, bound together by love. I received a message today from one of the student leaders in Yangon, who said, “Please forgive us for not helping the ethnics all those years when they were under attack. Now we know what it is like to be attacked and we want forgiveness and to work together. And thank you that the ethnic organizations such as the Karen National Union (KNU) are willing to welcome us, and train us, to change this country. Also, they have sheltered many of us and given us a way to survive. We want to work together for a new Burma, a federal Burma, where every one of every race, has an equal say.”

This is one of the many messages that we have received, and even though the Burma military has foreign support, which the ethnic groups that are fighting do not, and even though the military outnumbers and outguns the ethnic resistance, as well as the Burman Civil Disobedience Movement and others, we believe that the power of love is greater and that we can help each other hold on. Our teams are giving medical care, tarps for shelter and staying with the people under attack. We thank you all that because of your help we can do this together. We are also helping Burmans who have fled the cities to the ethnic areas by helping to provide food and medical care. We appeal to the international community for their prayers and for direct humanitarian assistance for both the Civil Disobedience Movement and the ethnic groups under attack. We also appeal for indirect intervention through the ethnic groups or direct intervention through an alliance of the ethnic groups and international community to save the lives of the men, women, and children in the cities who are gunned down ruthlessly, as well as to save the lives of the ethnics under attack. We appeal for a no-fly zone over all of Burma starting with the eastern border of Karen State, where most airstrikes have occurred, to save lives. And we appeal for political recognition of the ethnic groups and the support of dialogue and planning between the ethnic armed groups, Civil Disobedience Movement, the CRPH, the NLD and all the pro-democracy groups. Finally we pray for justice, freedom and reconciliation for all in Burma. 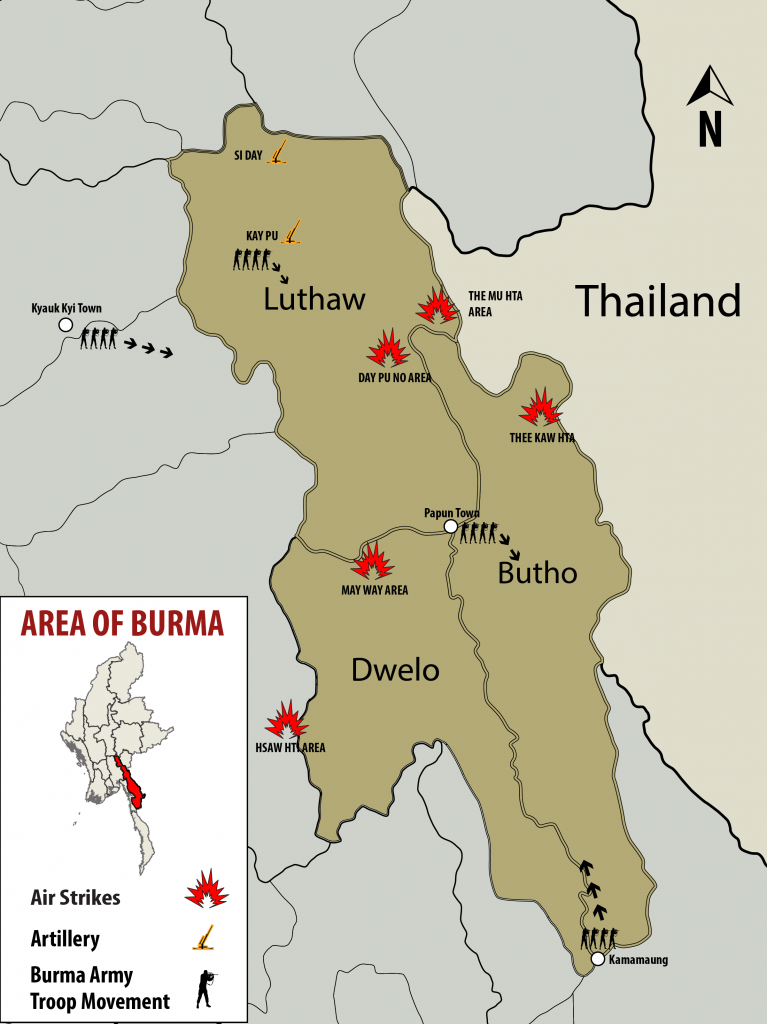 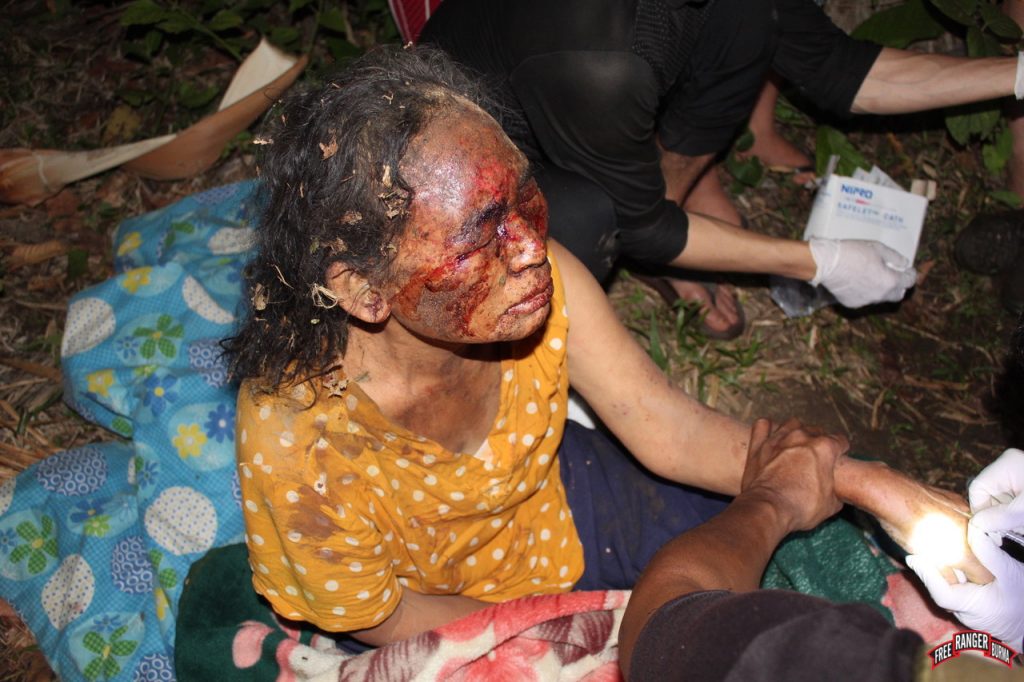 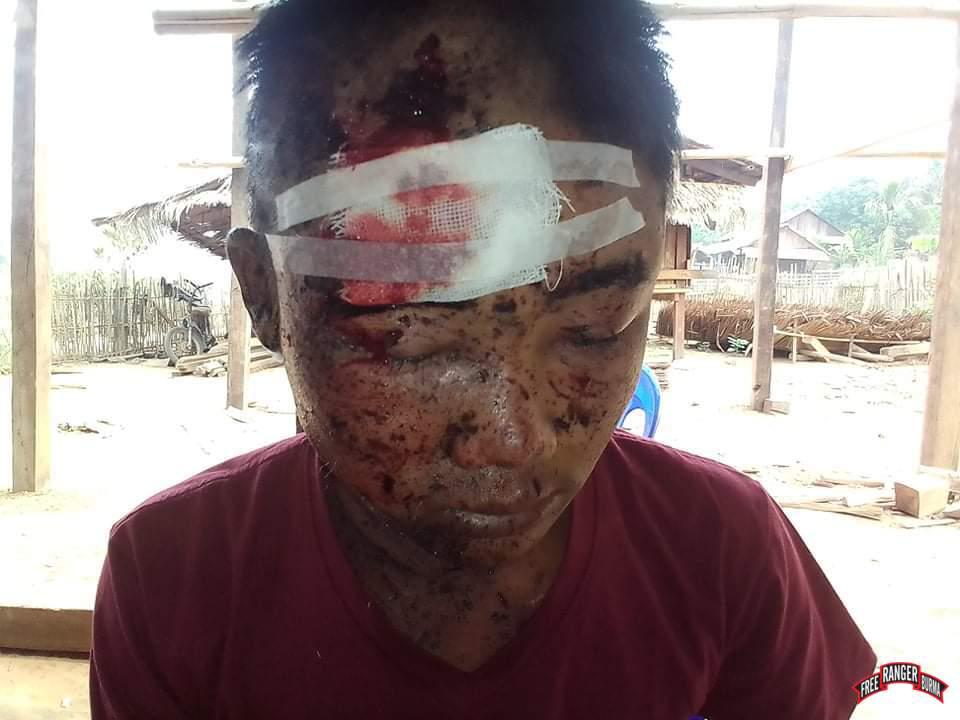 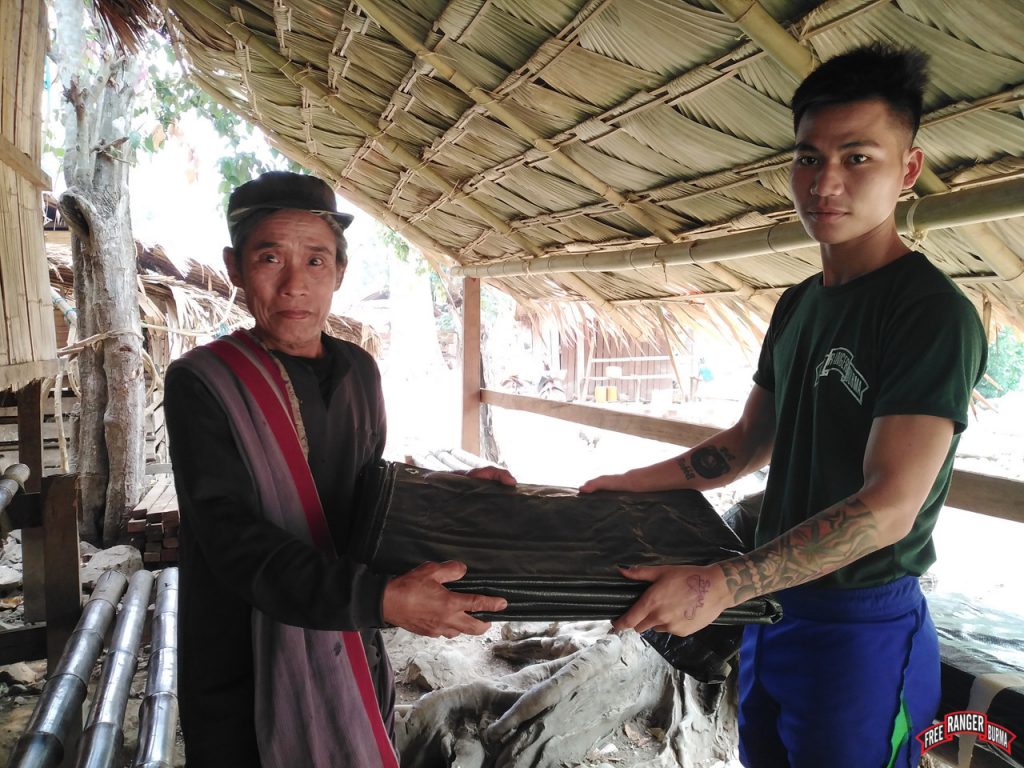 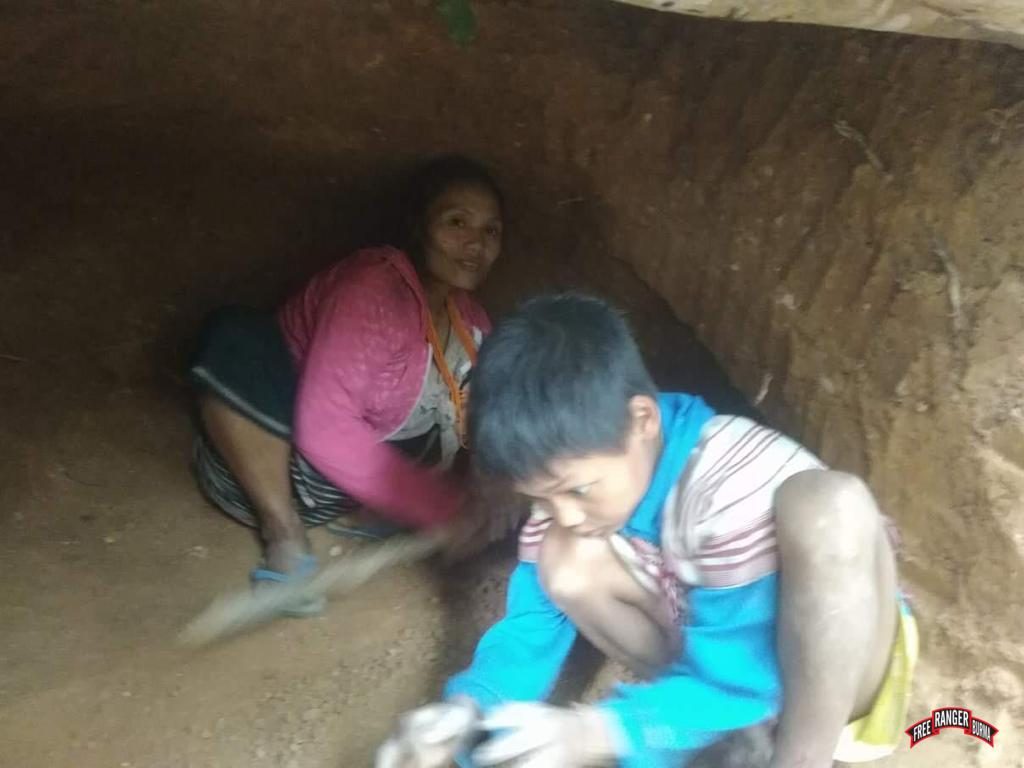 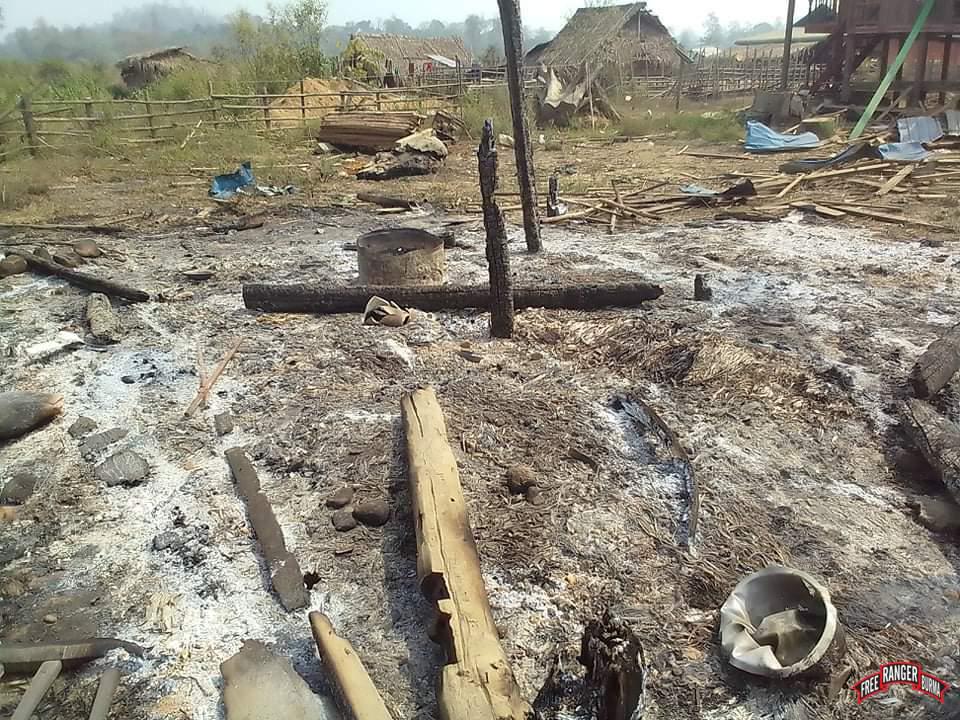 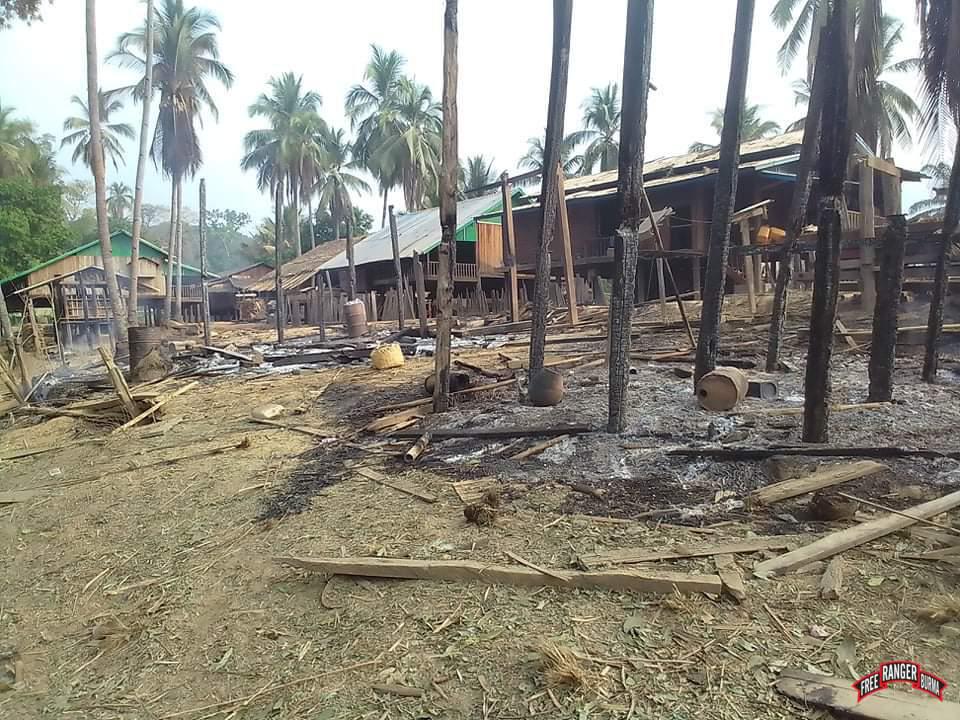 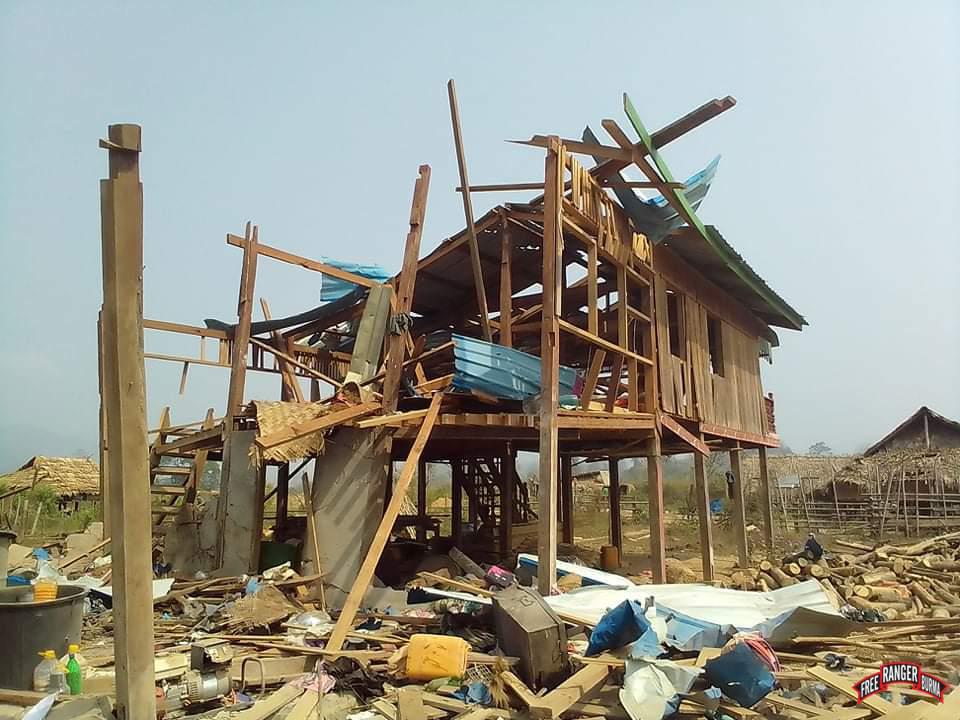 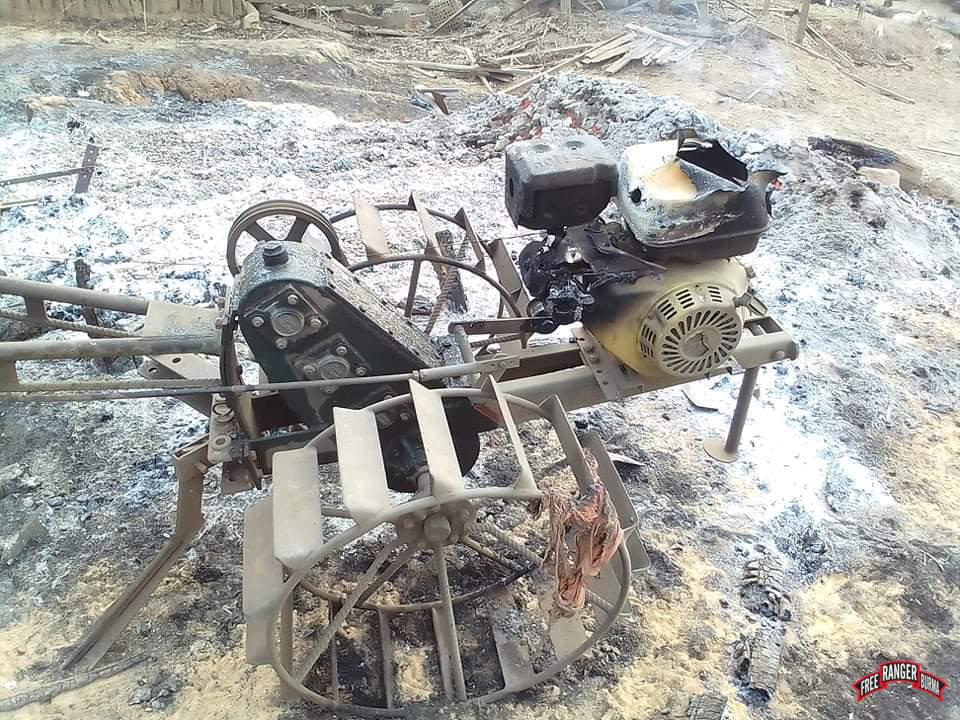 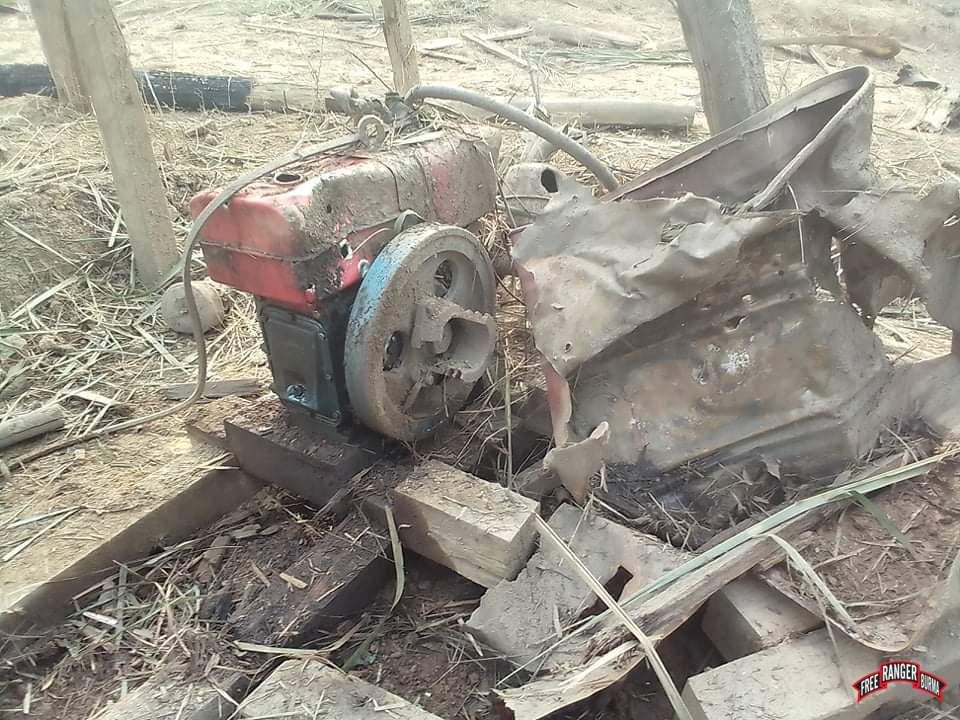