New Video Report: Rescued and Reunited After Massacre in Burma

New Video Report: Rescued and Reunited After Massacre in Burma

In June 2002 we were in Karen State, Burma, and surrounded by the Burma Army. Four battalions were closing in on our small team of Free Burma Rangers and 96 displaced Karen people who were fleeing for their lives. Earlier, the Burma Army had burned multiple villages and killed 12 people as they fled, eight of whom were children.

We had treated one of the survivors, an eight-year-old boy named Wilbur Htoo, and removed the bullet from his arm. He had survived by hiding under his dead grandmother. We had done GLC programs and medical treatments and were attacked by the Burma Army in the middle of one of our family programs. In that attack, one of the men helping us was shot in the face and Eliya, our medic, treated him in a hiding place.

Now we as we moved on foot during rainy season, with the Burma Army closing around us, we stopped in a small clearing in the jungle to pray and decide which way we would go. At that moment, a member of the Karen resistance came out of the jungle and found us.

He said, “Don’t go the way you’re thinking of going, through the high mountains and the deepest jungle. The Burma Army knows that’s the way you’re going to pick because it makes sense. They’ve already set up ambushes. Instead, go straight at them, through the open rice fields that separate the jungle from the border and safety. That way seems more dangerous, but the Burma Army commander in front of us is actually very afraid. He believes you are not a small group of Rangers helping 96 displaced people flee, but that you are 96 Rangers, led by a small group of special forces out to attack him. He has pulled his troops in and he is hiding in his camp. You can go by him.”

This sounded very unusual, but we had a peace as we prayed. At 2 a.m. we gathered together all the displaced and prayed before we started moving. Some men were in their 80s and had malaria and could barely walk. There was a young woman who had given birth three weeks earlier to her first child. She was now anemic, barely able to walk and carry her child as she nursed him. The rest were tired and worn out. The jungle was thick with no trail, so we used lights to move. We could use them until we got to the open clearing which was still four to six hours away.

As we moved, I remember one small boy lit a candle and held it in the palm of his hand. A six-year-old girl squatted next to him and his family was around them. We circled around and prayed with him in the middle. Then, with the knowledge of real and present danger around us and with the confidence that God was leading us, we went forward, slowly picking our way through the jungle.

By the time we reached the edge of the jungle, dawn had come. The sun lit the sky as we emerged into a series of open rice fields. Just beyond us was the Burma Army camp and we were sure the army would see us and begin to shell us and attack. Still, we were fully committed. The Karen soldiers, who were helping guide us, and our Rangers encouraged the villagers to “keep spread out, keep spread out” in case the army started shelling.

We put some of our men in front, some in the back, and some on the sides, telling the villagers, “Don’t worry. If there is any shooting, we will not leave you and will help everyone get out. Or, we will die trying together.”

We did make it. And as the sun set, we were safe and the families were able to make it to a refugee camp. We praised God together and thanked him for the miracle.

Years later, in 2020, I received an email from a girl named Moon.

She said, “I don’t know if you remember me, but I was six years old, squatting by my brother as he held a candle and as you prayed for us to safely escape the Burma Army. Well, we did, and our family later had an opportunity to move to America. Now I’m here and God has given me a husband who is a refugee from Nepal and also a new follower of Jesus. We have two children and it’s a huge blessing. I saw the FBR documentary and I thought, ‘You’re alive! I want to meet you!’”

I called her and we were overjoyed to be reunited 18 years later. While we were in America this summer, our family stopped to meet her family in North Carolina. It was a beautiful reunion.

Her husband said, “By saving my wife, my wife-to-be, you helped save the next generation. Our children would not be here, except that you Rangers saved my wife and her family.”

We were also able to reunite with Moon’s parents in Washington which made for two special reunions. We had a wonderful time together, thanking God because it was God and the Karen people who made that escape possible. We thank God we got to be a part of it. As you watch this video, we want to thank you for praying and for being a part of God’s mission to save people. Below are photos from the escape 18 years ago including GLC programs in the jungle, hiking through dense jungle, the destruction from Burma Army attacks, and treating the Karen man who was shot by the Burma Army. 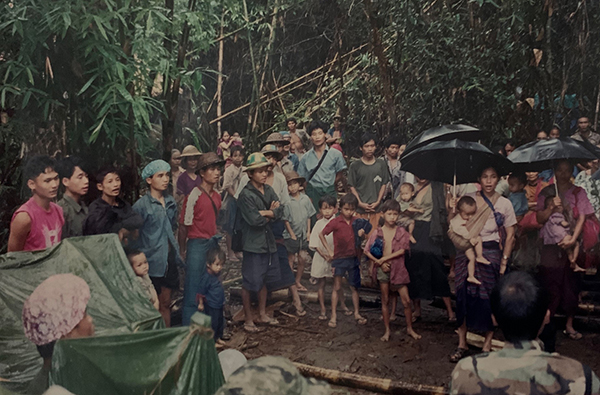 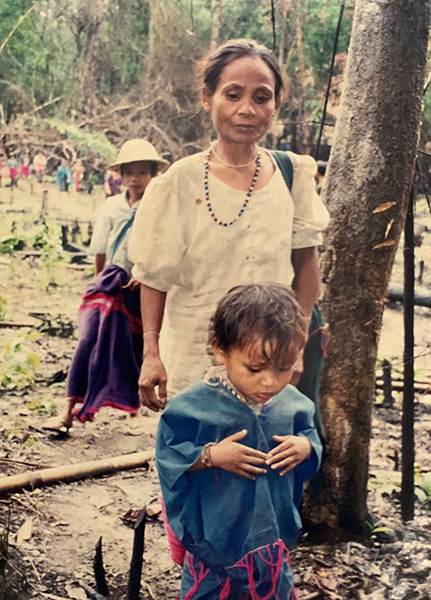 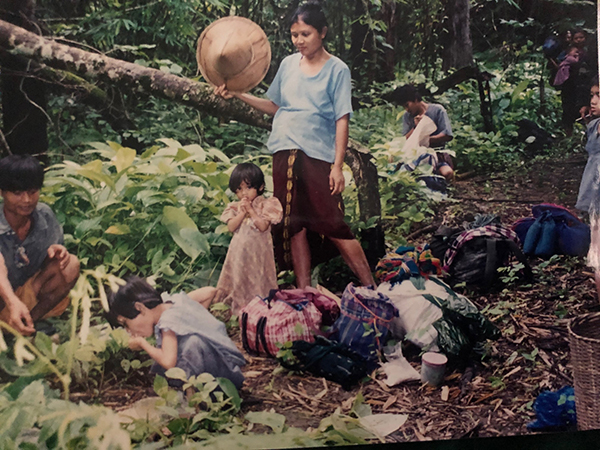 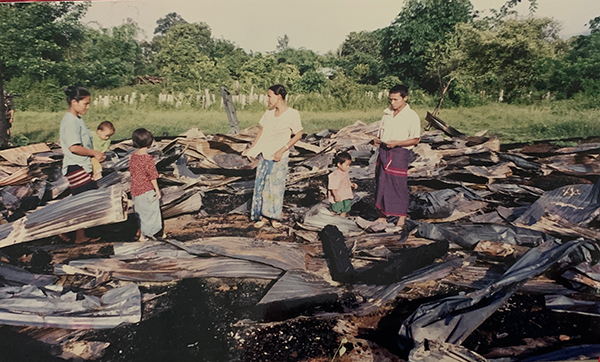 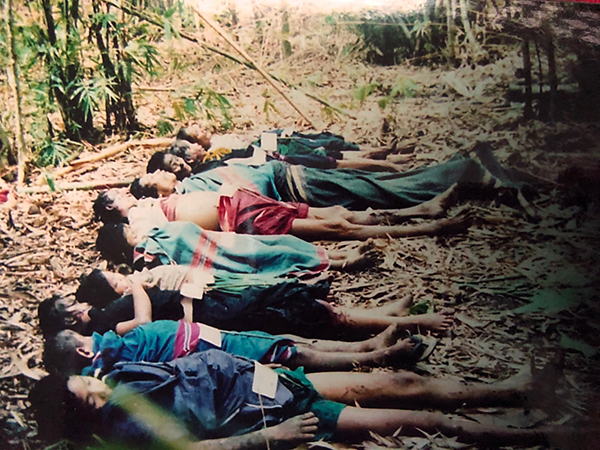 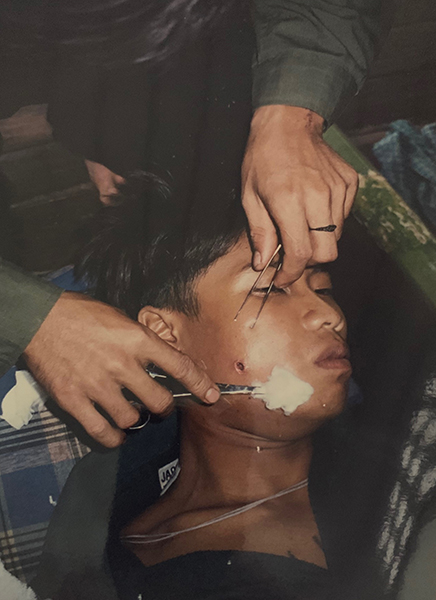