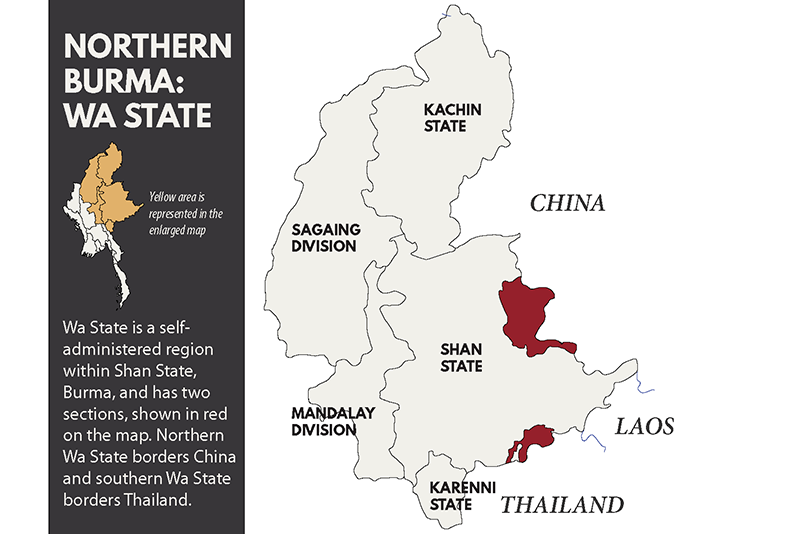 While most of the Wa ethnic group in Burma are animist and while there has been oppression of Christians in northern Wa State, many are still deciding to follow Jesus. When we asked why, the new believers said, “We decided to become Christians when we noticed that Christian villages were cleaner and there was more honesty and less stealing. Most of all we saw the evil spirits do not bother them. Since we decided to follow Jesus the spirits do not bother us either!”

Wa evangelist and pastor, John Sanae, has been serving in the northern and southern areas of the Wa territory for 37 years. He has led thousands of Wa people to Jesus and has been key to providing assistance to the Wa in many ways. From prostheses for hundreds of landmine victims, to care for orphans and medical care for the sick, Pastor John has been a light of love and service to his people. In January, he baptized 169 new Wa believers and earlier in December he baptized five Wa people in the same area. Over the past 25 years due to his and others efforts, 77 new churches have been established among the Wa in southern Shan State.

Dear friends, thank you for your prayers and love and your help for the Wa and others in Burma and all the areas we serve.

Thank you for being in this with us,