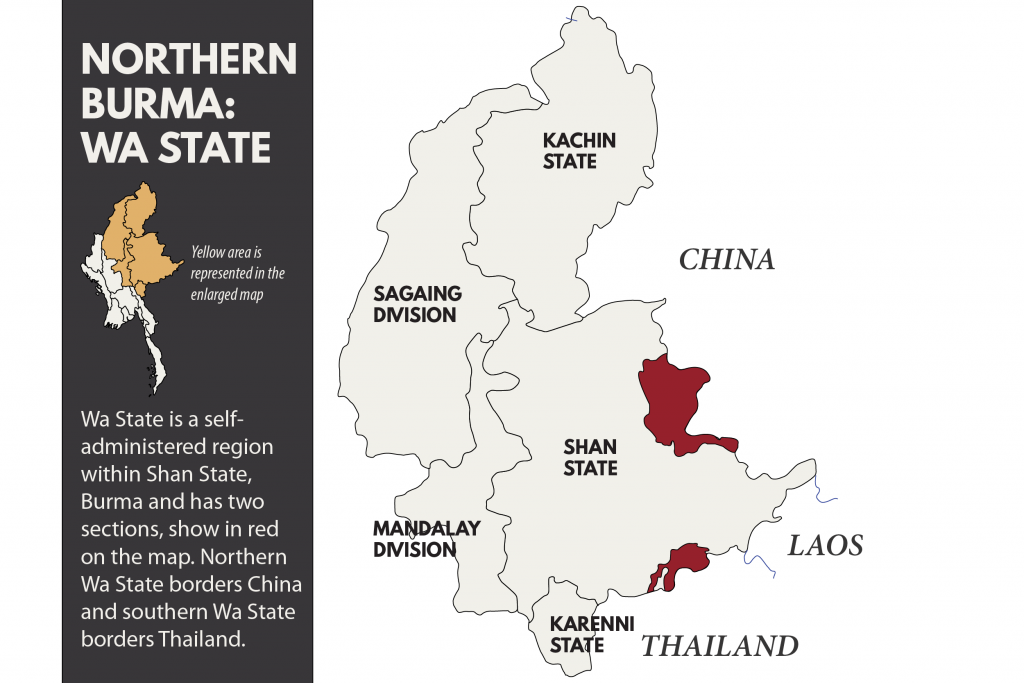 Earlier this month we met with a Wa friend who has been serving as a Wa pastor for 36 years and was with us on our first Wa and first Burma missions in 1993.

He told me of a dream he had where he saw a war in heaven when he was a new believer and decided to follow Jesus when he woke up. He became a pastor and evangelist in Burma and Thailand and helped established hostels in both countries.

He came by to share about the persecution of Christians in Wa State now. In northern Wa State (which is inside Shan State, Burma), no Christmas is allowed and people are having to worship in secret at home. 200 churches have now been shut down in northern Wa State. Amidst churches being closed and worship prohibited, pastors are being arrested with five pastors currently being held. They’ve been told they will not be released until they renounce their faith.

The main church in Pangsang, the Wa capital, was closed and desecrated. A witch doctor was brought in to throw blood in the church and curse it to drive out the spirit of Jesus.

In southern, Wa State, which is along the Thai border and led by Wei Shau Kang, worship is still allowed and there are over 70 churches there now.

We will continue to help this pastor and the Wa people as we can. Right now we help support a Wa seminary and 32 Wa seminary students in Tachilek. We will keep praying about more ways to help and ask you to pray with us for the Wa people.