Why ISIS Families Should Come Home to Justice

Why ISIS Families Should Come Home to Justice 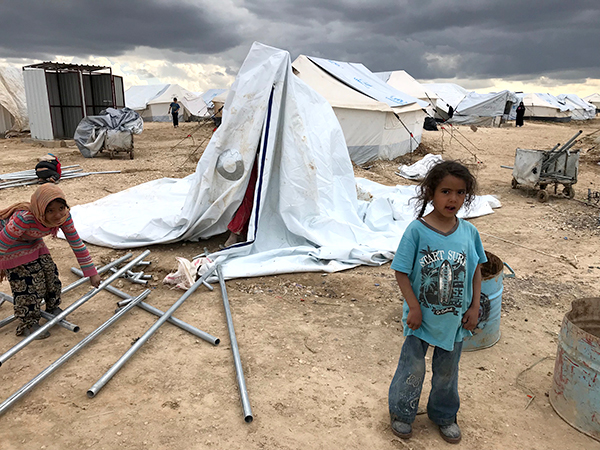 I am writing this as an appeal for prayer and mercy. We are now back in Syria after the last mission, where we supported the Syrian Democratic Forces (SDF) in the defeat of the last physical stronghold of ISIS in Bagouz. During that time we fed over 25,000 people and treated over 4,000 wounded. Most of these were ISIS family members.

It was strange to be helping our enemies but it felt right too. They were defeated, wounded, starving, miserable and in shock. The evil system of ISIS has failed them yet many still believe in it. At the same time, there are women who are sorry they joined ISIS and want to go home. I met many who cried at what they had done and are willing to face justice at home. And there are thousands of children who had no choice and are now in a prison of tents, mud and wire. During our recent visit to Al Hol camp, where many ISIS are held, the children looked at us in confusion, wonder and fear. When we smiled and reached out to them, some would take tentative steps toward us and start to smile too. They still have hope.

We in FBR know the costs of ISIS. I was wounded four times by ISIS in point-blank attacks. Four of our team members were wounded and one killed in Mosul. I have seen, first-hand, ISIS murder children, and have seen the destruction of cities and societies. I have fought back and killed ISIS as they tried to kill those around me. I have no doubt many would kill again. 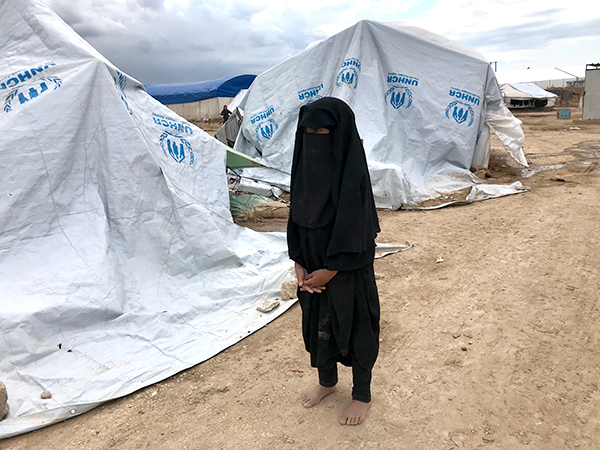 Yet here we are now, with women and children who are living wretched and hopeless lives in camps. The SDF is doing their best to take care of these families but they cannot do it alone; they need help to provide adequate medical care, shelter and food – but most of all, they need the international community to take their own families back. Each nation needs to choose justice over revenge.

Revenge is when people and nations say, “You can’t come back, you hurt us too much, you are still a danger, your future and those of your children is your problem and you are getting what you deserve.”

Justice is when people and nations say, “You were wrong, what you did was evil and you hurt us a lot. But, yes, we will help you come home to face justice here. You are our families and we will take care of you as you face justice.”

Love is the difference between revenge and justice. A nation that does not act in love will be more and more like the enemy it faces and will not find justice.

Nations, like families, have a responsibility to care for their own. To leave the ISIS women and children in Syria is not only an unfair burden on the SDF, it is not just, it is unloving and it is not moral. It is an abrogation of responsibility. It also gives no hope and feeds the hateful ideology of ISIS. With one hand we must stop ISIS and with the other offer mercy, justice and a chance to change.

There is also a historical precedent for mercy. The Nazi and Japanese armies killed far more people than ISIS, and just as brutally, but we did not imprison, disown and reject the wives and children of these soldiers. Each person of ISIS needs to be judged on his or her own merits and appropriate measures taken, but this must be done in the spirit of justice underpinned by love. Already some countries, such as Malaysia and Kosovo, have begun to take some women and children back. Love is the force that will overcome evil. 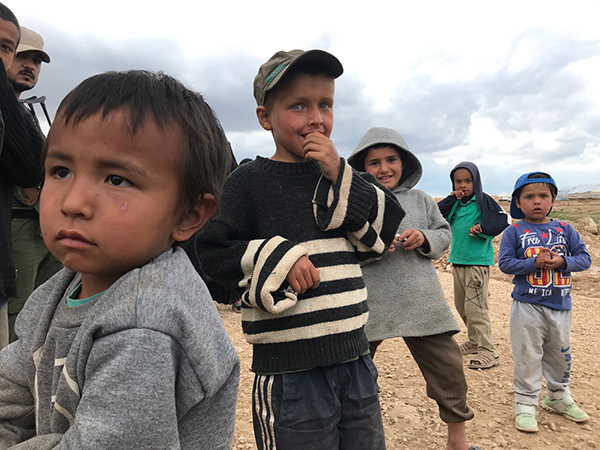 My immediate appeal is for all nations who have ISIS women and children in camps in Syria to take them back now and to evaluate and judge each person and give them the best treatment, along with whatever punishment is judged appropriate according to the justice systems of their own country.

As I write this, on my heart is a beautiful young 26-year-old Swedish mother of two children, aged five and three.  Lisa is slowly dying in Al Hol camp. Her parents who visited her said Lisa is very sick, with skin just hanging from her bones. They fear she will be dead in two weeks if she does not receive the needed medical care. They have no idea what compelled their daughter to join ISIS. They said they were hurt and angry with her and they carry the evil deeds of ISIS on their conscience. Yet, when, with the help of the SDF, they could see her in the camp, all they felt was love – love for her and their grandchildren. Each child is from a different father, both of whom were killed, one after the other, in the waning days of ISIS. Also on my heart are seven Swedish orphans whose parents were killed in Bagouz and now languish in the camp.

The SDF are eager to facilitate for Lisa, her children and the others to be released now. We need for the Swedish government and other governments to be willing to bring these people home to face justice. We need to ask what if these were our children, what would we do?” We pray for love, mercy and justice. I pray this in Jesus’ name. 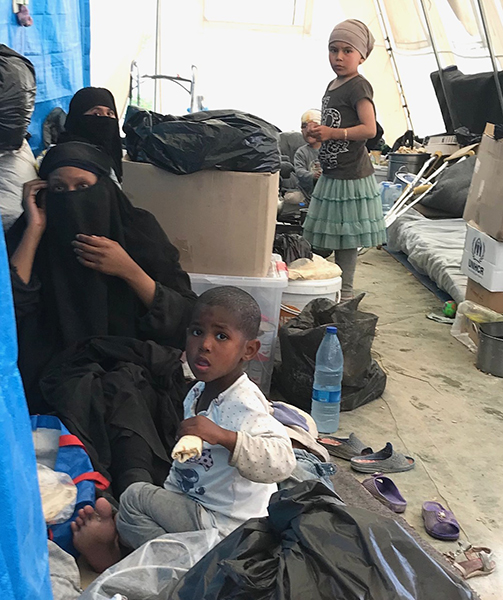