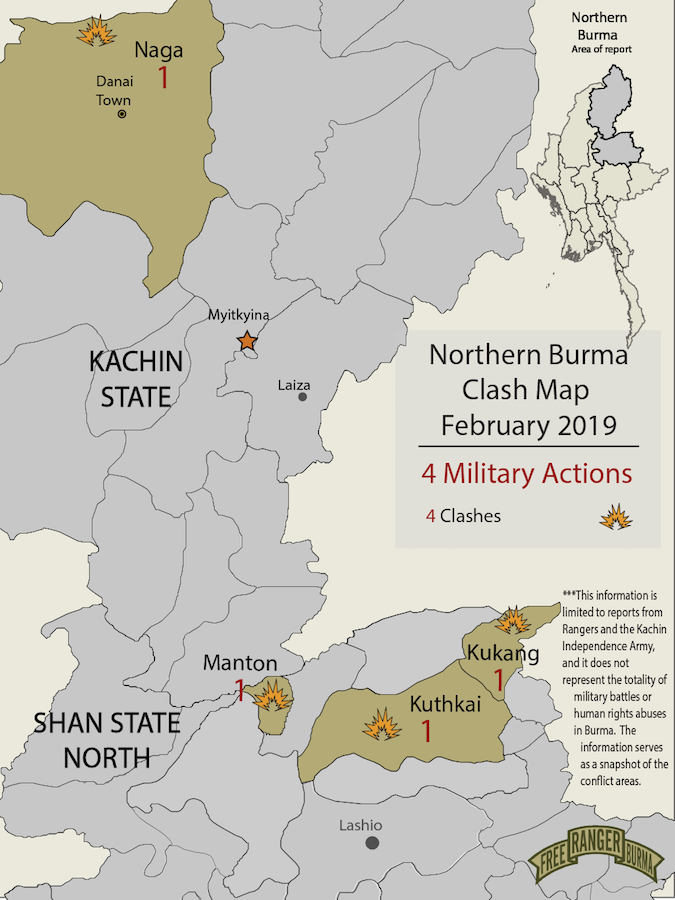 Clashes between Burma Army troops and ethnic armed groups continue, with civilians caught in between or deliberately targeted by the Burma Army. The fighting has affected several areas, Hpakant Township and the Naga Self-Administered Zone (Naga SAZ) in particular.

On Feb. 4 at 1100, Myanmar Armed Police guarding the 111 Company, a mining company, opened fire on local jade hunters in Hpakant Township, wounding one of them, Kyaw Zin Hpyo.

The next day, Feb. 5, Burma Army troops arrived at Daga, a village under Naga control, and murdered a 47-year-old Kachin man, Lahpai Zau Awng, whom they suspected of giving information to the Kachin Independence Army (KIA).

On Feb. 8 around 2100, members of both the Myanmar Armed Police and Shanni Pyitutsit (PTT) carried out checks on civilians going to and from Kamai Village in Hpakant Township. The PTT is a militia operating under the control of the Burma Army.