Walking through the hills and mountains of Karen state makes you wonder at the hardiness of the people who inhabit them. Many Karen farmers use slash and burn agriculture on steep mountain slopes as their primary method of growing crops. A task first requiring the cutting, burning and clearing of large swaths of jungle, all done on hillsides most western farmers would wince at. As we walked in the baking mid-day sun, approaching the bottom of one particularly steep and tree-littered patch of scorched earth, we met the owner of the farm, Saw Nay Say (name changed). Saw Nay Say was in his farm clearing logs like most other farmers in the area, but unlike them, Saw Nay Say has only one leg. He stepped on a landmine in 2000 while being forced to porter for attacking Burma Army troops in Bilin Township, Thaton District. Saw Nay Say was visibly fatigued as he crutched his way across the dirt, but he still gave us a smile as we approached. 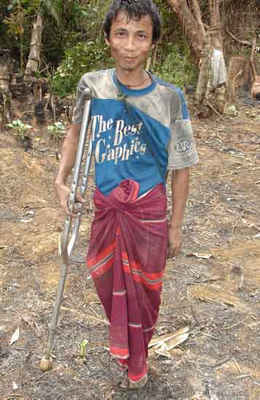 1) Victim of Burma Army landmine smiles in his field.

Later on during the mission we met a woman, Naw Ma Khein, 38, resting in a small thatch hut next to her farm, one that closely resembled Saw Nay Say’s. We were surprised to find that she was also missing a leg and was now farming by herself. She told us of the day 10 years ago when her entire village fled a Burma Attack, only to be forced back to the village to collect food for the attacking troops. On her way back to the village Naw Ma Khein stepped on a landmine. 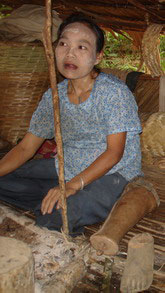 Thaton District is largely under the control of the Burma Army (now Division 44) and their local proxy, the DKBA. While the Northern and Eastern parts of this district are mountainous, much of this coastal district is flat, with paddy fields stretching for miles. The Burma Army and DKBA also conduct numerous small-scale attacks, attempting to eliminate the villagers who are not under their control and any pro-democracy resistance in the area. Despite this attempted domination, the people still hold to their traditions and continue to make the best of life. 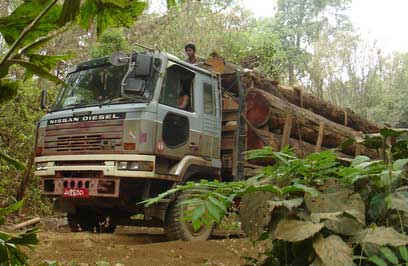 The areas the Burma Army controls are ruled with an iron fist. Villagers throughout Thaton District, especially those located in villages close to Burma Army camps, are forced to carry loads, collect building materials, and maintain roads for the Burma Army. Forced labor is most common during the rainy season when roads become impassable and during Burma Army offensives. Villages that do not send people to porter must pay a fine or face imprisonment. In a village close to us, two villagers every day are forced to work at the nearby Burma Army camp. Every week 10 more are forced to gather wood, fetch water and do menial labor for the soldiers. Villagers face taxation from both the Burma Army and the DKBA and are subject to frequent property theft. Villagers must also inform the Burma Army of any pro-democracy resistance activity in their area or face fines and imprisonment. In 1990, the Burma Army captured one man they suspected of communicating with the resistance and left him in a hole in the ground for six months. He is still alive, but suffers from multiple ailments and is unable to walk. 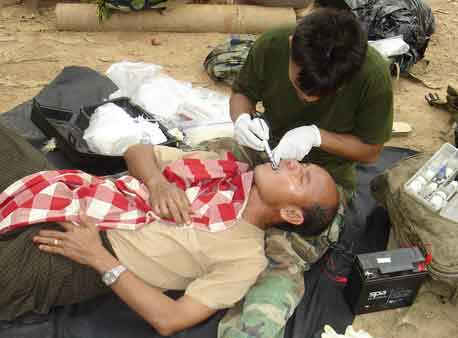 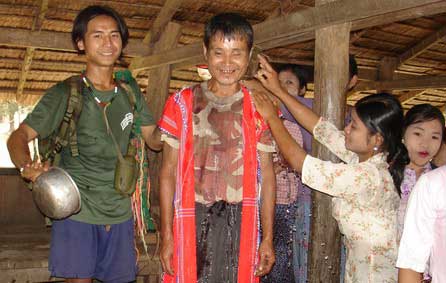 It is now the Buddhist New Year, which is celebrated with a water festival, and despite the oppression of the Burma Army, the people of Thaton Township continue to smile and laugh. As relief team members treated dental patients and others collected information, villagers wearing their traditional dress came from two nearby villages to welcome us and celebrate the New Year. They sang and laughed as they approached with their pots full of water, and thanked the team as they poured the water over our heads. Once again, we were amazed and blessed by the steadfastness of the Karen and their ability to enjoy life in all circumstances.