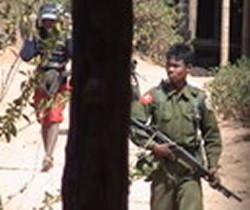 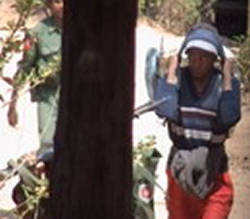 The Burma Army has forced the following* villagers to use their own vehicles to transport Burma Army supplies These villagers are from Kler La, Kaw Thay Der, and Baw Kay Koh villages:

On 15 February 2007, Naw Day L’Yar and Saw Sa Baw’s trucks were both severely damaged when they ran over landmines while being forced to carry supplies by the Burma Army. These trucks were two out of nine that the Burma Army had demanded for the transportation of supplies from Mawchi camp to Busakee camp. On the 17 th The Burma Army forced more than 200 villagers from the area to carry these supplies because the trucks could no longer be driven. The Burma Army regularly demands this forced labor from 12 of the villages in the Bawgali Gyi (Kler La) area. 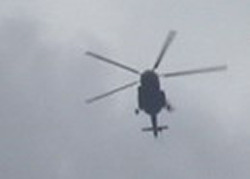 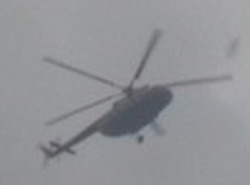 Photos 3 and 4: On 14 February 2007, the Burma Army made 9 trips with two MI 8 helicopters to their camp at Busakee, carrying supplies to the camp and patients from the camp. The next day, on the 15th, the same aircraft made about seven trips to the camp. 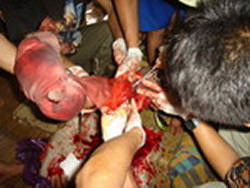 Photo 5: This is Aung Kyaw Soe, a Karen villager who stepped on a Burma Army landmine in Thandaung Township in early February. 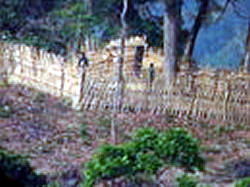 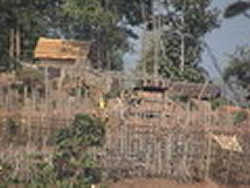 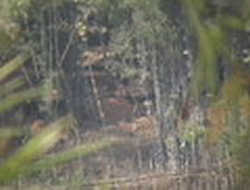 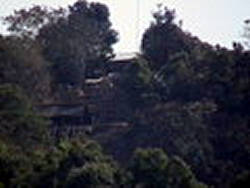 Map of Area of Reports 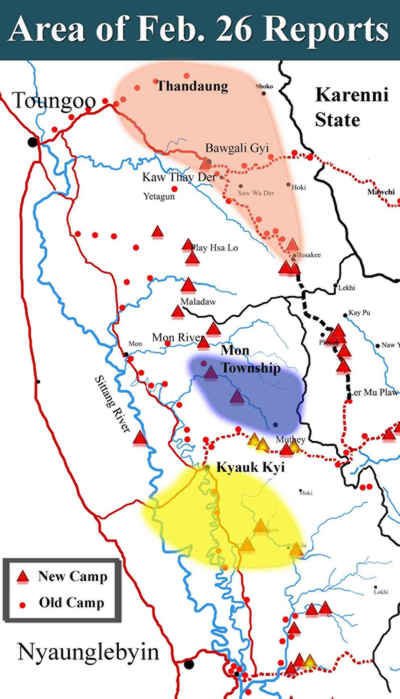 On 16 February 2007, LIB 376 launched an attack into Mon Township near the village of Saw Tay Der. One Karen soldier was wounded when the Karen resistance tried to halt the attacking Burma Army and one Burma Army soldier was killed. LIB 376 then divided into two columns, but remained in the area. LIB 376 is under MOC 9.

121 people were displaced because of this attack from the villages of Saw Tay Der, Ker Po Doh and Play Kee. These villagers are now hiding in the jungle or in nearby villages.

On 14 February 2007 a Burma Army bulldozer arrived at Maladaw village in Mon Township. On the same day, Burma Army troops based in the Maladaw area forced 60 villagers from Maladaw to carry supplies for them from Htee Wah Bway Kee camp to Maladaw camp.

Note: The following activities all took place in the plains and foothills on the Eastern side of the Sittang river valley. The Burma Army has significant control over the villages in these areas.

On 3 February 2007, the Burma Army LIB 349, based at their camp in Kyo Gyi, fired mortars at the nearby Kyo Gyi village. Naw Bweh Paw, 20, was wounded in the attack. Both of her legs were seriously injured when mortar landed close by.

The next day LIB 349 fought with KNLA troops in the same general area. Several Burma Army soldiers were killed in the fighting. The Burma Army then forced each of the villages in the immediate area to pay a 65,000 kyat fine because of the fighting. The villages forced to pay this fine were Po Pin Goe, Kyaw Su, Li Pi Wei, Thi P’yaw Dah, Pyi Su, Wei Mu, Hay Tha Wei, Kyo Gyi, Pyi Taung Tha, Ywa Ka La, and Htoe Wa Zet.

On 5 February 2007, the commander from Kyo Gyi camp came down to the village of Kyo Gyi with his troops and accused the villagers of attacking them the day before. He captured and held 10 villagers, then shot three of the village pigs. He proceeded to smear the pig blood on the each of the ten villagers and took photos of them all together. He demanded 20,000 kyat from each villager. He then threatened to kill every villager if news of what he had done were to get out. The villagers were then released and the Burma Army troops returned to their camp.

On the same day LIB 349 troops burned down more than 10 acres of villager farmland in the Ka Det Myaw area.

On 5 February, 2007, Burma Army LIB 349 commander Tha Tet forced villagers from Li Pi Wei, Htoe Wa Zet and Hat Tha Wei to buy a motorcycle for him. The cost of the motorcycle was 1,200,000 kyat. Villagers from this area are also being forced pay 1,000 kyat for travel passes if they want to go to their fields and farms to work.

Also on 5 February, Col. Maung Gyi began the construction of a new camp for his troops. He demanded money from the nearby villages for the Thatch roofs in the camp. The following villages were forced to pay for the roofing:

LIB 349 Deputy Batt. Commander Thet Kein has been demanding a tax from villagers who trade goods across the Sittang River. The tax is 1,000 kyat for a villager crossing the river with an empty bullock cart, and 1,500 kyat if the bullock cart contains goods such as beans. If the villager is moving timber or logs, the tax is 5,000 kyat. Villagers who live in the Ler Doh Klo river area are being charged a monthly tax of 5000 kyat.

On 10 February 2007, Major Zaw Win Myit based in Shwe Gyin demanded money from four nearby village tracts to purchase thatch roofing for improvements at his camp. He demanded 200 kyat for each section of thatch. The following village tracts were forced to pay for the camp improvement:

The total amount demanded from all nearby villages was 840,000 Kyat. Villagers were told to provide money rather than the actual thatch roofing.