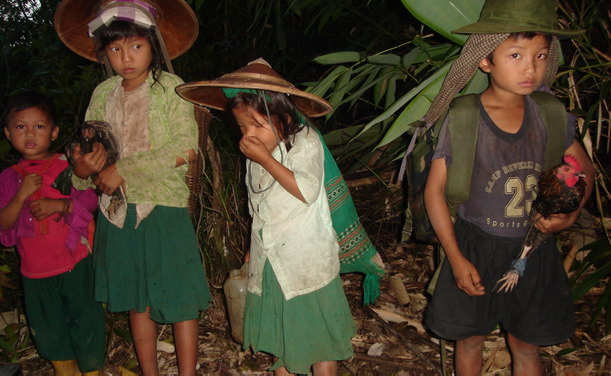 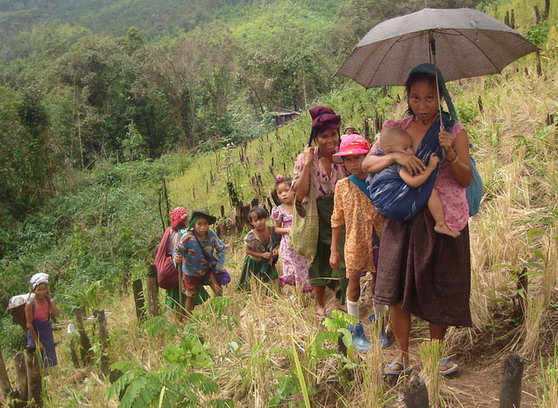 IDPs from Ka Ser Do village

(All of the incidents reported occurred in 2006)

10 villages are now on the run from Burma Army attacks.

Saw They Shur was burned alive by Burma Army soldiers in his home at Play Hta Village, near Hoki. He was 47 years old and married with 6 children. His wife and children are hiding with the other people who escaped the village after it was burned to the ground. He was seriously ill and unable to run and was burned alive in his house at 5:30 p.m. Villagers later saw his dead body in the burned house.

Over 50 reported killed by Burma Army

Troops from LIB 567, under Myint Thin, shot and killed 3 villagers and wounded one in Klaw Mu Der (Ye Ta Kon) village. These villagers had come back to the village to collect their belongings.

600 prisoners were moved by the Burma Army from Toungoo to Kler La (Bawgalygyi) to Busakee. These prisoners will be used as porters to support the current offensive against the surrounding Karen villages

Burma Army troops shot and killed Saw Eh Htoo of Lay Thi village. Saw Eh Htoo was killed at 2:00 am in a home in Kaw They Der village, where he had come for work.

Troops from IB 35, under battalion commander Soe Htoe, shot two villagers of either Klay Hta or Ha Toe Per village. The shooting occurred between Klay Hta and Ha Toe Per. Villagers from both villages are now in hiding.

Four columns from Burma Army MOC 16, TOC 3, IB 240 and LIB 567 entered the Saw Thay Der area and laid landmines. The KNLA Army removed 16 landmines from this area that were laid by the Burma Army.

On 4 August 2006, Burma Army LIB 4, under Division 66, attacked the Maung Thay Der area and destroyed the villagers’ belongings. The following is a list of the villagers and the total value of their destroyed belongings.

These soldiers also destroyed a church and destroyed the villagers’ food stores of rice paddy.

3 Aug. 2006 Burma Army MOC 16, LIB 567 entered Pai Taw Dai village. The villagers fled to their farms when the Burma Army came. Burma Army troops then demanded that all villagers move and gave an order that no one was allowed to stay in the village. Many had to leave their belongings behind when they fled and have been too afraid to return home for fear of being shot by the Burma Army. The villagers’ future is uncertain, with no security and hardly any resources.