“The Burma Army bases in Nyaunglebin are there to attack the Karen people and torture Karen villagers. That is the plan of Burma Army”.
– escaped Shan man used as a porter by the Burma Army and tortured. 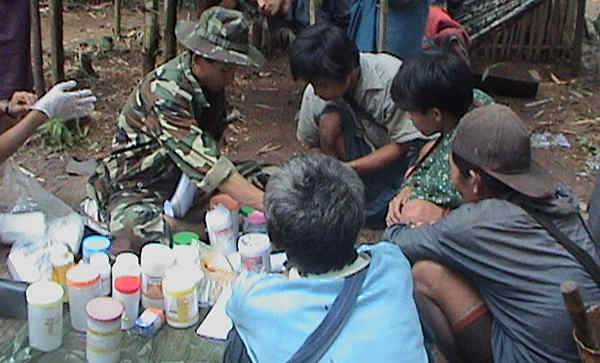 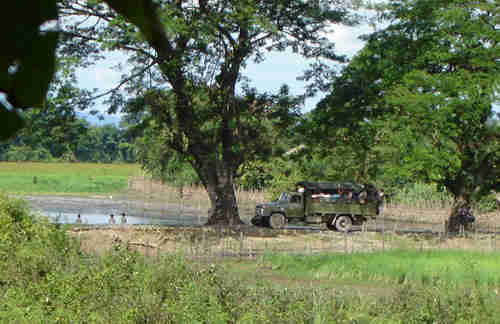 Villagers trucked to forced labor for the Burma Army in Mon Township. September 2006.

Forced Labor for the Burma Army in Mon Township. September 2006. 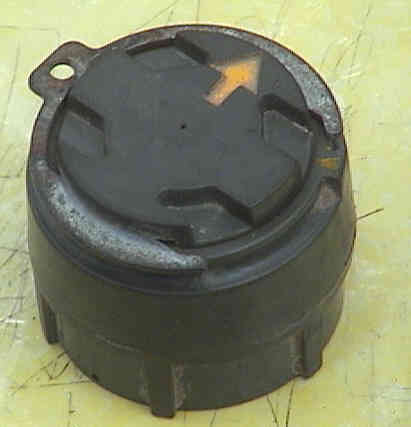 Burma Army copy of the M14 landmine found in the Nyaunglebin District.2006

The Burma Army is reported to have a three month plan of attack, from September to November 2006, in which they will continue the offensive against the Karen civilian population. This is a continuation of an offensive that started in February and has so far displaced 20,000 people. Escaped porters have told the resistance that a new phase of camp building and attacks has begun and will continue through the harvest time. “The Burma Army bases in Nyaunglebin are there to attack the Karen people and torture Karen villagers. That is the plan of Burma Army,” said an escaped Shan man used as a porter by the Burma Army and tortured. In the area of this report (Mon and Ler Doh Townships, Nyaunglebin District), the Burma Army is attacking with MOC 21, MOC 16 and elements of Division 44. Altogether, more than 24 battalions have been fielded in support of operations in these two townships alone. In the entire northern area of the offensive, over 60 battalions are involved from MOC 21, MOC 16, MOC 15, MOC 10, Division 44, Division 66 and troops from Southern Command.

In Mon Township, battalions from MOC 16 will be responsible for patrols and attack and the battalions from Division 44 will be reinforcement for MOC 16 and at the same time will do business such as logging, mining and charcoal. They will build a new town at Ma La Daw to consolidate forced labor to support their troops and businesses.

Divisions 33 and 44 are responsible for the security along the Sittaung River. This allows MOC 16 to be reinforced and re-supplied along this route with whatever they need to continue their attacks and patrols. On 13 October, one column from MOC 16 went to Nya Mu Ku. Division 33 is still in the plains area and have yet to become involved in the current offensive in northern Karen State.

Presently, the Burma Army IB 241 has set up a camp at Ga Ba Ta area and 37 more people have run into hiding due to their presence in the new camp. Villagers do not dare return to their fields for their harvests. Their paddy waiting to be harvested is being destroyed by wild animals. Note: This is the same place where the Burma Army attacked and killed civilians in March 2006, including a man who was carrying his 80-year old mother.

311 people (67 families) from Kyaw Pya (Ga Ba Ta) and 781 people (106 families) from Thet Baw Der IDPs have been hiding since September 2006 due to the newly established Burma Army presence in this area.

Harvest income lost due to Burma Army patrols and attacks

In the Ga Ba Ta area there are orchards of Durian, Cardamom, and Dog fruit. The entire fields will go to waste as the villagers are afraid to gather the fruit to sell because of the current offensive that has continued through rainy season. The estimated total income villagers would have received for their harvest (not including the value of the rice) is 22,140,000 Kyat (US$ 18,133).

The villagers will lose:

In Thet Baw Der, the following are the estimated totals of income lost by villagers hiding from the Burma Army during harvest time total

The following are details reported by a relief team in that area:

Belongings stolen by the Burma Army

During the continuing offensive, the Burma Army has stolen peoples’ belongings in That Baw Der and Kyaut Pya (Ga Ba Ta) villages.The amount of each person’s belongings are listed after their name. The total value of belongings stolen from these two villages by the Burma Army is at least 1,424,400 Kyat (US$ 1,167).

Escaped Porters: Interview with Shan man who escaped from the Burma Army after being tortured and used as a porter

1) Name: Ko Ko* (name changed for his security), Pa’o nationality, 35 years old.
He was imprisoned for narcotics. His uncle, Kyaw Kyaw*, is a commander in a Pa’O ceasefire group. His father’s name is U Aye*. His mother’s name is Daw Daw *(names changed for their security)

“The Burma Army convicted me because I was working in black market. They tortured me and put me in prison. Myself and 39 others porters were taken by the Burma Army and forced to do heavy, hard work. They tortured us in many ways. When I was in prison the Army did not feed me enough food (not only me – every prisoner). I got enough food when my relatives occasionally brought it for me. Because the Burma Army tortured me a lot and I could not bear it any longer, so on 13 October 2006 I escaped from the Burma Army to the KNU. The Burma Army bases in Nyaunglebin are there to attack the Karen people and torture Karen villagers. That is the plan of Burma Army. The SPDC and the KNU are very different. The SPDC tortured all the porters and villagers and do not give us enough food. The KNU (who helped the porter when he escaped) gave us enough food, took care of our health and helped us in any way they could.”

On 9 October 2006, The Shweygyin TOC commander ordered 10 people from each village tract to attend a village headman training for one month. The villages forced to send people were Kaw Tha Say, Toe Ta Dah, Ma Oo Pin, Kyo Gyi, Hay Tha Wei, Lay Piwei and Thi P’Yaw Dah. The commander demanded 300 Kyat from each person for food. The Army will feed them one time during training and the remaining 29 days of training the villagers who attended the training have to buy food by themselves.