Villagers forced by Burma Army soldiers to build up camps

These photos show people forced to work for the Burma Army at Muthey camp and were taken by a FBR relief team providing humanitarian assistance in this area.

Muthey Army camp is one of many camps in this area and is a launch point for attacks that are part of the ongoing offensive.

In the Muthey area, the Burma Army is also forcing people to leave their villages and relocate to the Muthey camp complex. This is in order to exert compete control over them as they attack the hiding places of displaced Karen people. In support of this operation, the Burma Army is building a new town in the Muthey area and has plans for logging and to build a dam. Starting on 9 September, the Burma Army under IB 242 (one of 10 battalions in MOC 16), forced villagers at Muthey to build their camp, make a fence around the camp and village and carry logs and bamboo for the soldiers. The troops are now forcing villagers in the plains areas to make fences around their villages and do not allow villagers to travel. The Burma Army has blocked trade and travel routes between the plains and mountains areas as they try to put a strangle hold on the Karen population in the mountains. 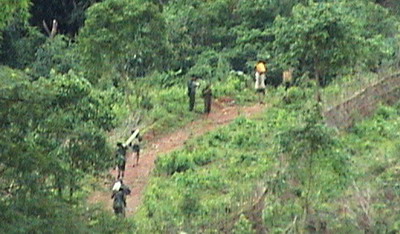 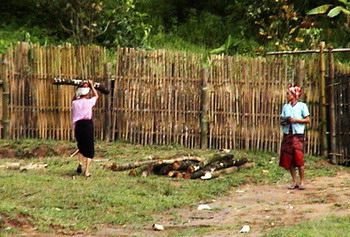 Two Karen women forced to labor for the Burma Army. Here
they bring logs to the front gate of Muthey Army camp.Sept 06. 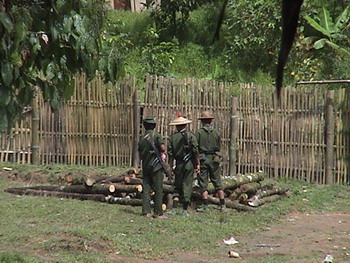 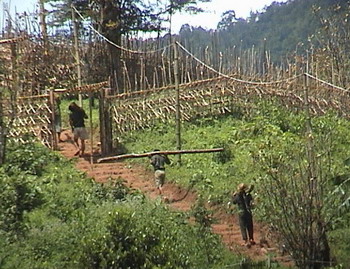