Over 20,000 Displaced as the Burma Army Offensive in the Northern Karen State Continues 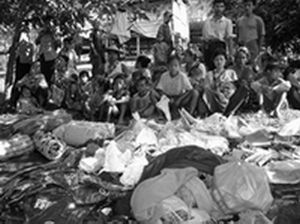 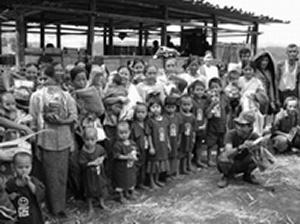 Rains have slowed the Burma Army offensive which reached the height of action in June, but attacks still continue. The continuation of this offensive during the rainy season is extremely unusual and seems to indicate a very high level desire to crush the Karen people in this area now. The force of will needed to continue the push of supplies and troops during the monsoon is not only tremendous, but it has rarely been seen before. The Burma Army is also continuing to build new camps from which they can extend and consolidate their control over the population. As a result of this offensive which began in February, over 20,000 people have been displaced. Many have had to flee from their homes to hiding places and then, being discovered in their hiding place, are forced to flee again. Some have been able to return home after the attacks but many have gone back only to find the burned ruins of their villages. Of the 20,000 people who were chased from their homes by the Burma Army, 15,000 are displaced in or near their home townships and over 5,000 have fled to the border and to refugee camps in Thailand.

FBR relief teams as well as other groups are in the field trying to provide medical and material humanitarian assistance to these people. The teams are also sending out information as the attacks are occurring and the following is the latest situation report from these teams.

Mon Township, Nyaunglebin District: Villager killed, new camp being built and civilians chased into the jungle. On 18 September a battalion from Maladaw under the command of CDR. Thein Htay captured one of the Maladaw villagers, beat him and later killed him. The villager’s name is Wah Shee. Troops from the Southern Command as well as MOC 15 and MOC 16 are conducting sweeps against Karen families who are in hiding in Mon township. LIB (Light Infantry Battalion) 599 is building a new camp at Thaw Ko Lo village site and other units are continually patrolling the Maladaw area. Over 3,000 people in Mon township are now in hiding, while over 2,000 people have fled to other districts or have been forced to relocation sites.

Hsaw Hti (Shweygyin) and Ler Doh (Kyauk Kyi) Townships, Nyaunglebin District: MOC 21 is active and patrolling in Hsaw Hti, but many of the over 4,900 displaced earlier have been able to return to villages as the attacks have slowed. The Burma Army is concentrating on building a new camp near Kushaw, east of Shweygyin on the Papun-Nyaunglebin district border. In Ler Doh Township, patrols by MOC 16 and MOC15 continue and a new camp is being constructed near the two existing ones at Muthey. Muthey, on the Kyauk Kyi- Hsaw Hta road, is now a forced relocation site where the Burma Army is attempting to force villagers from the surrounding villages to move to. Over 2,000 people in Ler Doh have been in and out of hiding.

Toungoo District: Over 5,000 people have been displaced and many are no longer in the district but have fled to the border, refugee camps, other districts or have moved to villages and towns in the the plains. Patrols and attacks continue by troops from Division 66 and MOC 16. The tempo of attacks has decreased but once the rains stop the people fear an all out offensive. A new camp is being built east of Than Daung military camp (North East of Toungoo).

Northern Papun District: The Burma Army is on the 8th day of a 20 day patrol to sweep the Yunzalyn River between Naw Yo Hta and Ka Pu. They are building two new camps in this area; One is South west of Kay Pu vicinity and the second approximately 5 miles west south west of Naw Yo Hta. All the villagers of this area have fled and are in hiding. This is a population of over 2,000 people who are affected. South of here, attacks down into the Ye Mu Plaw area and the building of a new camp in that area have kept all of the remaining villagers on edge and ready to flee while some of the population are in new hiding places. Over 1,000 people displaced here. 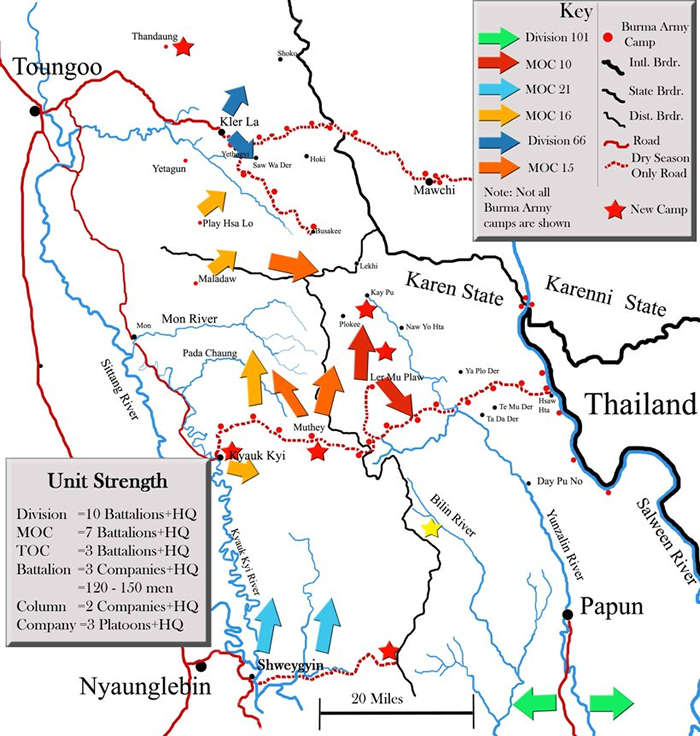 While attacks have slowed and many people have been able to return to their old homes, the situation is very dangerous. Not only is the Burma Army still patrolling and attacking, they are also building new camps. The people fear that when the rains stop new large scale attacks will commence again. The supply of food, medicine and shelter is already tenuous. Relief groups such as FBR, CIDKP, KORD and BPHWT are doing thier best to coordinate their efforts and provide assistance. The Karen resistance (KNLA) attempts to protect the people under attack and help them flee to hiding places. Other human rights groups such as the KHRG also are actively monitoring and reporting on this situation.

Thank you for your prayers, care for the people under attack, and support.
God bless you,
A relief team leader FBR