This is a map of Burma Army attacks in northern Karen State, Burma which have displaced over 18,000 people since they began in February 2006. The Map shows the areas attacked, as well as the Burma Army units that conducted them. Attacks are continuing now in Papun District, where last week the Burma Army burned down and mortared villages, forcing more than 4,000 people into hiding. The Burma Army has re-supplied its camps and troops throughout these attacks, showing no signs of ceasing despite the heavy monsoon rains that have been falling since May. The people are now in dire need of rice, medicine and shelter. However, the need that far outweighs these is the need for security. Without help, many people will not survive the attacks of the Burma Army. 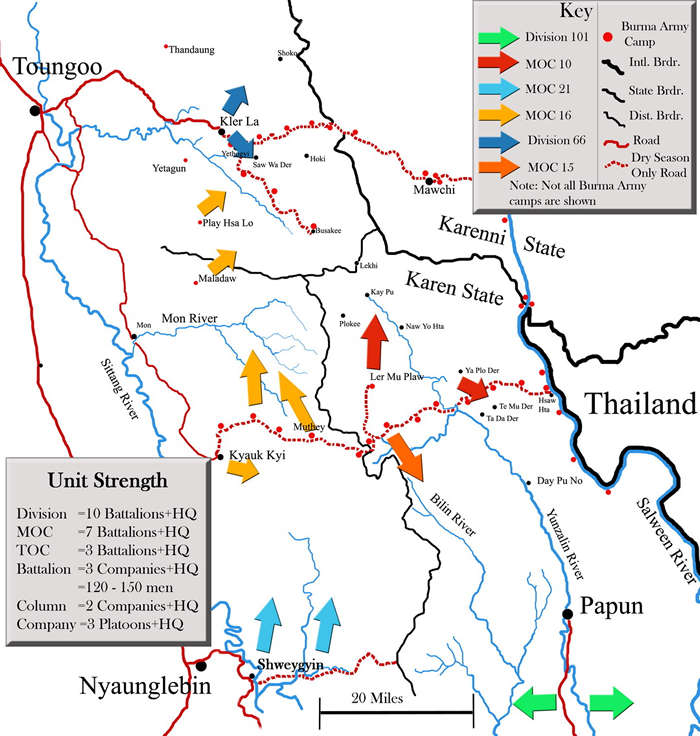