These pictures are of a group of over 200 villagers making their way to the Salween river after fleeing Burma Army attacks in their native Toungoo District of Karen State. The photos were taken by a relief team that is on its way to the area of these attacks in order to provide aid to the thousands of villagers who are still in hiding there. Entire villages have been forced to flee, and people, regardless of their age or health, have been forced to walk many kilometers over mountains and across Burma Army controlled roads just to reach this point. Their hope is to reach refugee camps, but their future now is still uncertain. 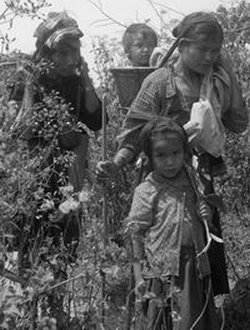 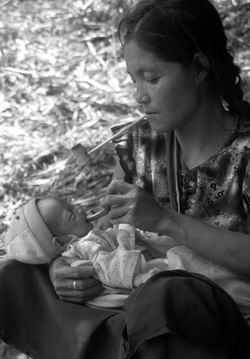 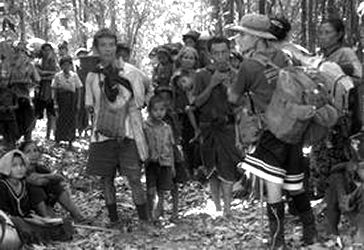 This report is part of an FBR special report on the ongoing activities of the Burma Army in displacing entire villages in the Toungoo district of Karen State. For more information, please see these earlier reports: