Family on the Run from Death by Burma Army Forces 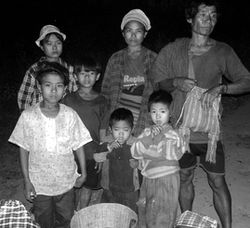 The family pictured are now on the run from the forces of the Burma Army who want to kill the father. This picture was taken on 19 January by a relief team (FBR), in Karenni State and was relayed out. The family is now moving with the relief team and local resistance and will be sent to a refugee camp. Message sent 22 January 2006 from Southern Karenni State, Burma.

On 19 January 2006, this family of seven, five children and mother and father, fled into the village we were stopped at on our relief mission in Southern Karenni State. They had to flee with only what they could carry and as two of the five children were too small to walk, the father and mother had to carry these children. The three other children carried two small bags and one basket.The family arrived at dusk after two days of hard walking. They were exhausted from being on the run and told us their story. “The Burma Army and their helpers the KNSO (Karenni National Solidarity Organization- a group loyal to the Burma Army), were on their way to kill me. They had already killed one of my friends and cut off his head last month, in December. At that time they captured me and three others from our village of Pa Haw Ko as well as three from other villages. We were gathered together from ten surrounding villages for a prayer meeting when the Burma Army forces appeared and captured some of us. We were tied up, beaten, punched then we were given electric shocks to our body. They struck us with rifle butts and one of them used a pistol to beat us. One man’s jaw was broken, one mans skull was broken and for me I was not able to endure the torture.They did this to us one by one. One of were then forced to go with the soldiers and my friend Saw Gwe was killed. I may have been killed just as my friend was but I managed to escape. The Burma Army accused us of being in the resistance but we are not. They said informers had given them this information. We are farmers. It is true that years ago my friend who was killed served as a Karenni Soldier, but he was retired as he had to work his farm to support his sick mother and his family. I am just a farmer. Our family had to run now because we got word that the Burma Army and KNSO were on their way to capture me again and this time they would be sure to kill me. We now can not stay here and so we will go to a refugee camp. I do not want to take revenge. I am just a villager, I will move away from them.” 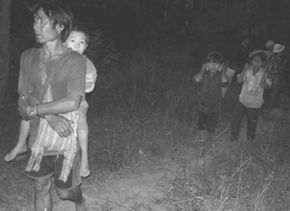 We are now with this family and will go with them as we continue our mission and help as best we can.

Thank you and God bless you,
A Relief Team Leader 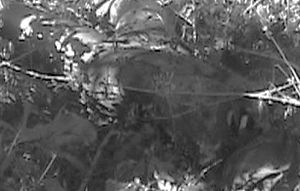 This Karenni man, Saw Gwe, found killed and decapitated by Burma Army forces on 20 December 2006. Saw Gwe was captured with Saw Nu Nu of the family in this story and they were beaten and tortured together. Saw Nu Nu managed to escape later, but Saw Gwe was tortured to death and decapitated. (His body was found by the resistance and this photo taken by KSWC).