Two Karen young men were killed after stepping on landmines following a Burma Army operation in their area.

This is a tragic loss, directly caused by the Burma Army assault which had already resulted in the displacement of villagers, the destruction of property and the laying of landmines which killed these two men. A Free Burma Rangers spokesman said. 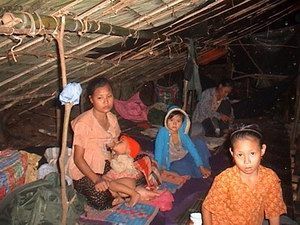 An FBR trained team produced the following report based on field research into the situation facing IDPs living in . Five team members went on the relief mission to help the people of this area, including a team leader, medic, township office staff, Karen Youth Organization (KYO) member, and Karen Women Organization (KWO) member.

The location and dates of their mission are as follows:

Area: in , Nyaunglebin District and 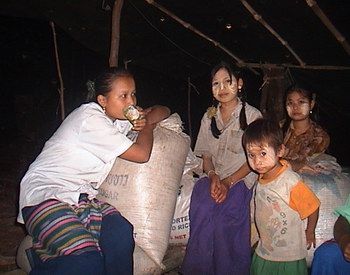 Along with the attacks of the Burma Army the people were also suffering from a severe outbreak of Diarrhea, Dysentery, and other diseases. The FBR team discussed the problems with our leaders and gave medicine to the Mone FBR team to help the people in these village tracts.

The team treated 490 people in the three village tracts, including Saw Tin Der, Ken Po Der, and Thet Baw Der and KWaw Ko Villages. The team visited some schools and most of the school children got diarrhea and other sicknesses. The team treated school children and villagers. Some villagers in these areas died from malaria. The team did not have enough medicine to treat everyone, but they did their best to encourage, teach preventative health and pray with the villagers.

In this area as in other areas under Burma Army oppression, the IDPs and villagers do an amazing job of surviving and resisting attempts of complete control by the Burma Army. The people work together to escape the Burma Army and care for each other, sharing food and shelter. 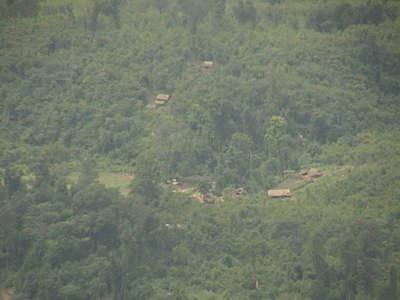 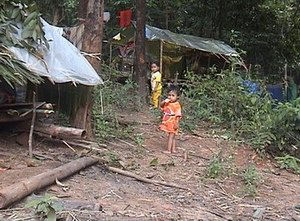 Burma Army LIB 42 and TOC 332 were the troops directly involved in the occupation. On October 19th those troops left and returned to Ler Doh town.

Burma Army IB 73 arrived at Ler Doh town. There is no information about their plan but they will go to meet BA LIB 12.

Karen military leaders asked villagers to return and collect the paddy for the IDPs from a farm opposite BA LIB 12’s position. 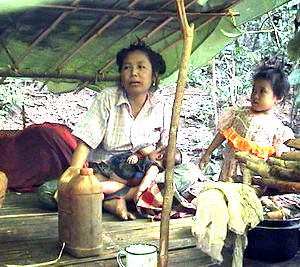 The Karen National Liberation Army (KNLA) troops cut LIB 12 off from food (by closing transport routes).  They hoped this would force the Burma Army troops to leave.

Some villagers stayed nearby, but did not go too close to BA LIB 12. 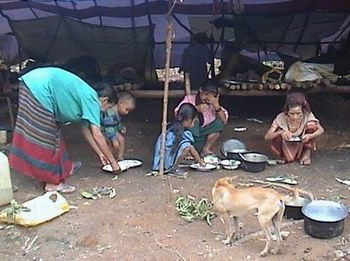 A former commander of BA TOC 332 is reported as having died.  The TOC 332 commander in charge now is Ta Nuang Oo.

It is unclear at this time when the Burma Army will attack again. The people of this area are still displaced and need cooking pots, shelter and food.