When villagers ran into those Burma Army soldiers, they shouted and fled. One woman in the group of villagers,Naw P.T., shouted as the soldiers tried to take her infant. A Burma Army soldier shot four times at her within a 10 meter range, and she died instantly. Naw P.T. was the mother of a 6 year old girl and an infant under four months old. Three other villagers were wounded in the attack by the Burma Army. Among the wounded were a 5 year old child and his grandmother. The grandmother’s right eye was seriously wounded. 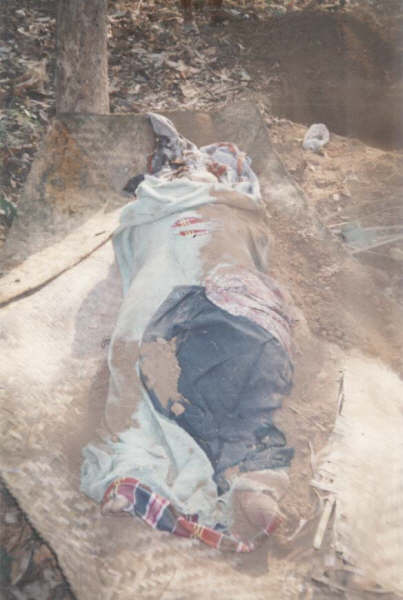 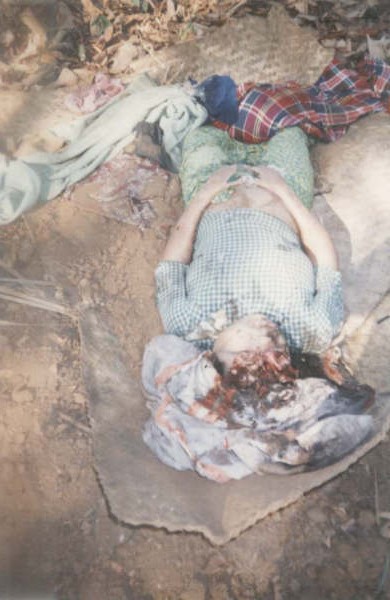