Laughing and charging, children ran across an open meadow behind Rangers who carried flags from all over the world. The joyous dash was led by three flag-bearing horses with riders that galloped wildly to the church and school at the edge of the field. As I looked up at the mountain that loomed over this spectacle, I could see how the Burma Army camp on the summit tried to dominate this area of northern Karen State, Burma.

Soldiers were there, poised to destroy all those below as they had tried many times before, but, there had been no movement for the past week from the camp. This day was a chance to be part of a Good Life Club program for the children of this valley. Our new Rangers walked here after graduation, and this was our third program of this mission. Children and parents from five different villages in the area gathered for the children’s program and dental and medical care our medics gave.

This valley was attacked numerous times over the years; ceasefire negotiations couldn’t spare it from attack. The small church and school had trenches dug around them that people could dive into for cover when the shelling started. Still, the people remain.

“This is our home and we will not run away no matter how much the Burma Army attacks us. They build roads and camps in the name of development but use these to attack us. We are not strong but we know God is with us and so we will stay,” the pastor said.

We met many people during this mission who had been shot by the Burma Army, but they survived and remained. One victim was a girl who was shot in the groin when she was 13-years-old and who our medics helped treat. Now she is 21-years-old and married with two children. We also saw Naw Mu Day Wah, who was shot in the stomach when she was eight and is also married with two children (she was on the cover of last year’s Day of Prayer for Burma).

The resilience and joy in the face of constant danger and the ability to joyously play under the Burma Army’s glare inspired and reminded us that God is always with us. His love brings good even in the midst of evil.

The day started with Rangers from different ethnic groups introducing themselves and getting to know the children. The Rangers taught songs, basic hygiene and anatomy, and performed skits about public health and the story of Noah. At the same time, medics operated a medical and dental clinic to treat sickness and pull and teeth in the bamboo school.

Rangers cooked lunch for everyone, and they all played games in the afternoon. After the games and before the program finished, we all gathered to pray and sing the Karen national anthem.

The last event joined the villagers and Rangers who bore flags from loving supporters who gave us their national flags to bring into Burma. Suu rode in front, carrying the Karen flag. In solidarity with the Kurdish people and the people of northeastern Syria, Sahale rode with the flag of Kurdistan and Pete with the flag of the Syrian Democratic Forces. Behind them ran the Rangers and children, laughing and shouting with joy. It was a beautiful ending to a beautiful day.

Thank you for praying for us and helping us stand with these people. 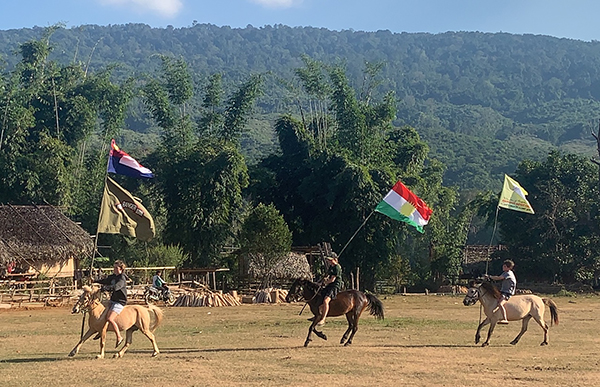 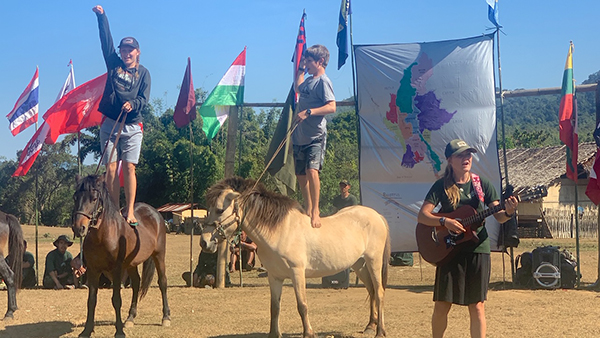 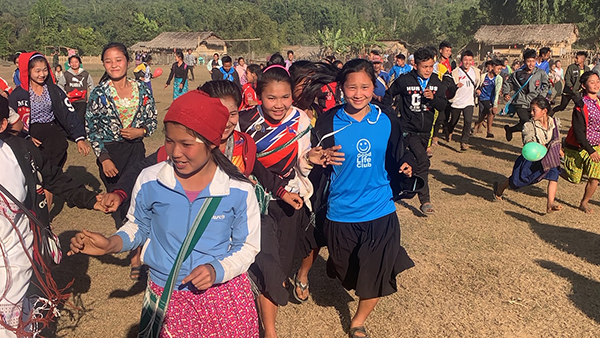 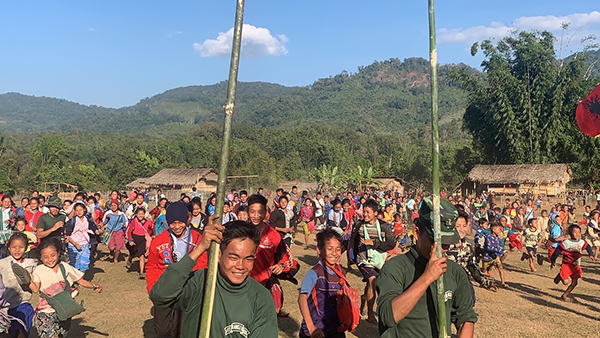 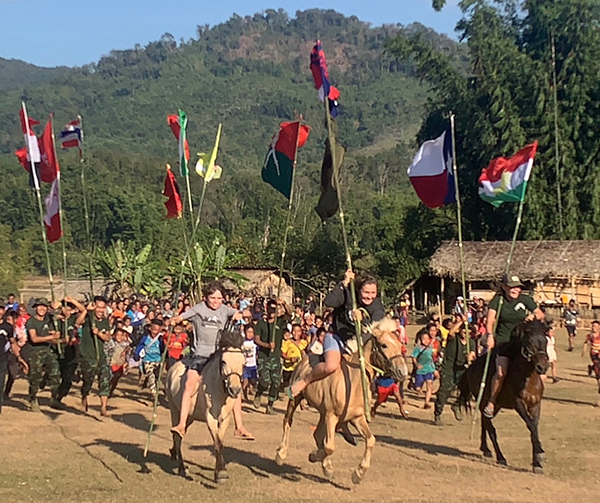