.
More than 50 newly displaced families who fled attacks earlier this month remain displaced and fear continued attacks by the Burma Army and DKBA along the Thai-Burma border north of Mae Sot. These villagers fled when the Burma Army and DKBA attacked and overran a number of villages and KNU positions starting on April 8th. New attacks are expected.

Most displaced villagers have not been able to return to their villages because the Burma Army and DKBA now occupy the villages and surrounding areas. Only villagers from Thay Kai Ya have returned to their homes, and those who have done so have returned because the SPDC and DKBA threatened to burn down villagers’ homes if they did not return immediately. 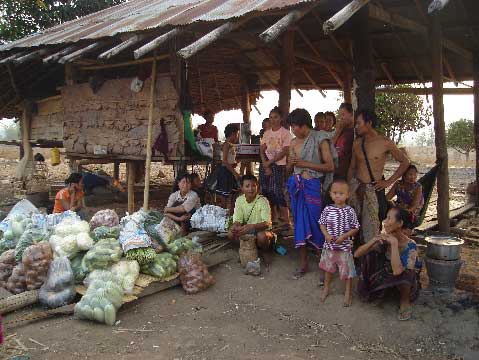 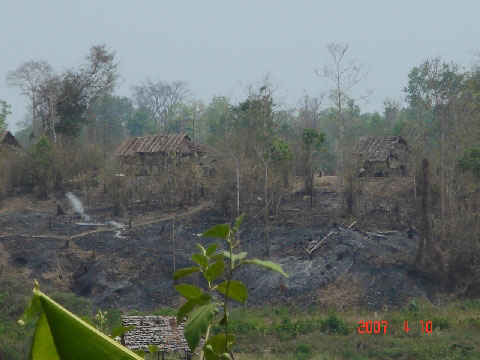 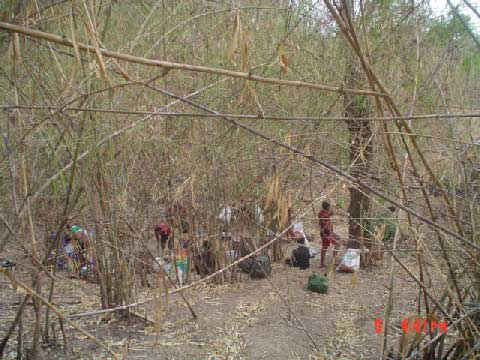 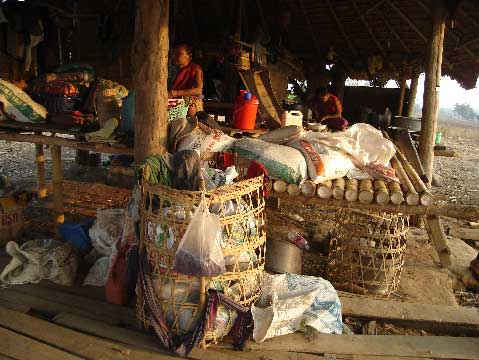 Photo 4: Villagers gathered as many belongings as possible before fleeing attacks. 9 April ’07.

Map: Areas attacked and currently occupied by Burma Army and DKBA troops are in Red.

On 7 April 2007, at midnight, the Burma Army, along with the DKBA launched a series of attacks against the Karen (KNU) along the Thai-Burma border north of Mae Sot. The attacks proceeded through the 8th and are ongoing as of 9 April 2007.

Eight columns from at least three Burma Army battalions (355, 356, and 357) are involved in the attack. They are accompanied by two columns of DKBA Battalion 999, commanded by Chit Tu, and one element under ex-KNU 7th Brigade commander Htin Maung (who has made a personal alliance with the dicators’ army).

The attacks occurred from south to north targeting villages and KNU positions along the Moei River . On the 8th, two columns hit KNLA 101 battalion area at The Law They Hta twice, once in the morning and once in the evening. Also in the evening evening, the Burma Army attacked Thay Kai Yah, an IDP site. The villagers had heard of the coming attack and had fled to the Thai side the day before (on 7 April 2007). During these attacks, a KNLA captain was killed (The Karen National Liberation Army (KNLA) is the military branch of the Karen National Union (KNU)).

On the morning of the 8th at about 2:15 am, the Burma Army attacked Hta Law, the Karen Youth Organization head quarters. This is opposite from Mae Rah Mat along the Thai/Burma border. The Burma Army now occupies that area.

Following this, five columns attacked KNLA 24 Battalion area at Maw Pana Hta. North of this, the Karen National Defense Organization (KNDO, another military branch of the KNU) base on the Moei River was attacked. North of the KNDO position, the 7th Brigade head quarters at See Ta Taw were also attacked.

In support of these attacks, the Burma Army is using 81mm and 60mm mortars and .50 caliber heavy machine guns.

These attacks have displacd more than 130 Karen families, who have all fled to the Thai side of the border. An estimated 30 families fled from Loh Di Tah, 50 families from Thay Kai Yah, 30 families from Tha Koh Klah, along with 20 more families from areas near the fighting. These numbers are low estimates and may still increase because of continuing attacks.