The Burma Army’s use of prisoner porters continues in northern Karen State. The following photos were taken on January 2nd by a relief team in Papun District, northern Karen State. The photos show Burma Army soldiers at Maw Pu army camp forcing porters to carry water. They show the heavily fenced and guarded compound in which the porters must stay until they are needed for labor. 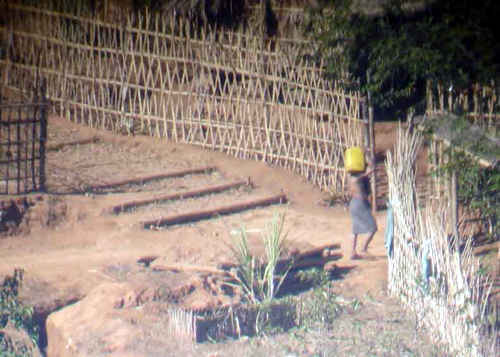 
After the porters delivered the water containers, they were then confined in a heavily fenced special compound within the camp. They remained there until they were needed for labor again. This porter compound has two layers of fencing; the outer layer being a tightly thatched bamboo fence with sharpened bamboo stakes braided into it, and the inner layer being a wooden fence topped with tin cans. The tin cans make noise when shaken, making it difficult for any porter to escape without being heard. There is a guard of three to five soldiers posted in front of this porter compound. The Burma Army confines its porters in compounds like this one in its forward camps. 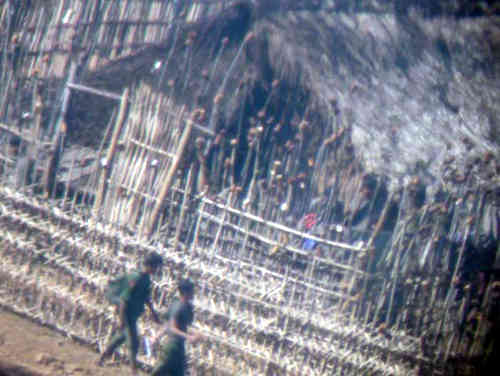 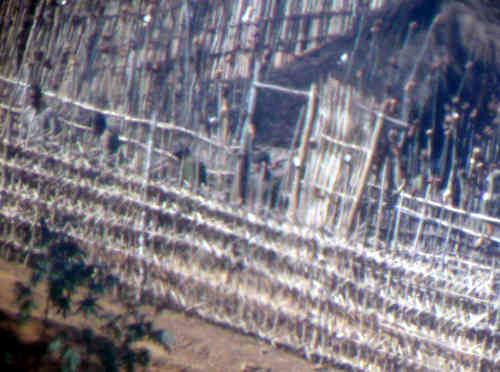 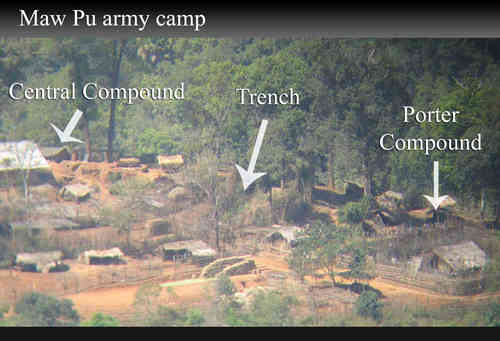 Note: Maw Pu army camp is one of many Burma Army camps along the road from Kyauk Kyi to Hsaw Hta. It was expanded in 2006. The central compound is surrounded by at least 8 layers of bamboo fencing and a deep trench filled with sharpened bamboo stakes. The Prisoner porters are confined to a sub-compound within the camp. Maw Pu is located at Lat.Long. N18 25 00 E097 13 30 and on the British 1 inch map 94 f/3 at 803 322

1,700 prisoners have been forced to porter loads, and 265 are reported dead. The Burma Army has used over 1,700 porters in this offensive and over 265 have been reported to have died, many who were executed. Among the porters in Papun District alone, there are over 20 child porters (boys under 16 years old from Insein Prison). The Burma Army is now using the term, transporter-Woon Htan, instead of prisoner porter to describe the people they force to carry their loads.