These pictures were all taken within the last several weeks as the Burma Army attacked villagers in Mon Township, Nyaunglebin District, Western Karen State. These attacks are part of an offensive that has displaced more than 1,500 people in Mon Township in recent weeks. 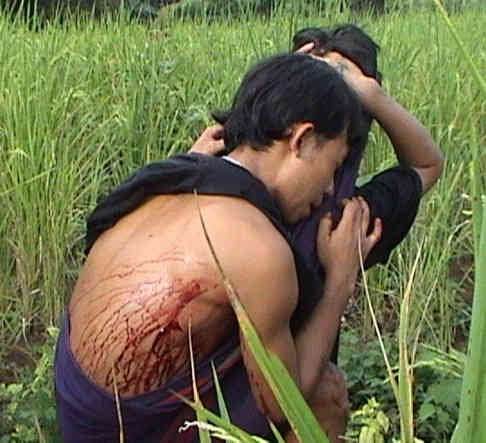 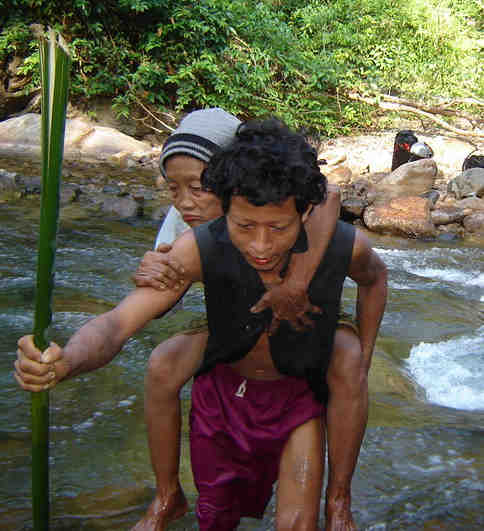 Man carrying his mother into hiding 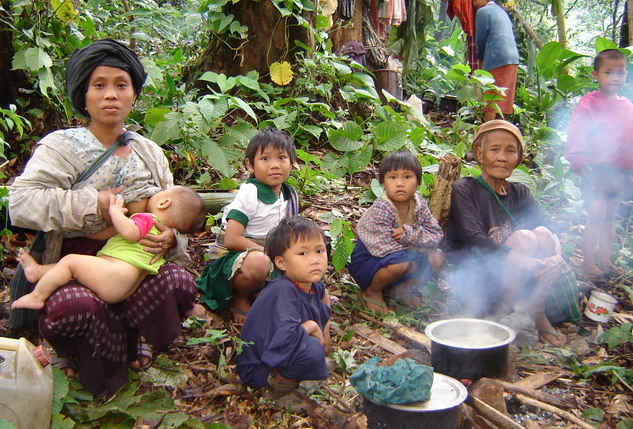 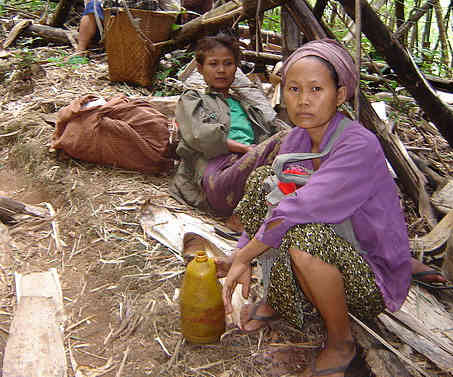 Women resting while on the run

Forced Labor and Threat of Death in Toungoo District, Northwestern Karen State
On 17 Nov. 2006, division 66 commander Maung Maung Aye ordered a meeting in the village of Kler La (Baw Ga Li Gyi), Toungoo District, northwestern Karen State. In the meeting, Maung Maung Aye announced that the Burma Army would be bringing a bulldozer into the area to improve the car road from Kler La to Bu Sa Kee. During the meeting he forced every adult villager from 12 nearby villages to sign a document stating that nothing would happen to impede the movement of the bulldozer. The villagers were warned that if anything happens to the bulldozer, they would be killed. The villagers were then forced to begin clearing the road to prepare the way for the bulldozer.

On 14 Nov. 2006 the Burma Army captured three villagers from Myaung Oo village. One of these villagers, Naw Ma Than Da, 30, was captured, but the Burma Army was unable to find her husband, K*** *** ****. They captured and killed Tin Aye,34, from Paw Pi Dor village and captured five others on the same day: The villagers names are Na Zaw, Htay Min Lat, Moe Zaw, Myint Shwe Lay, and Tue Tu. They also captured one villager from Aung Chang Tha village, named Kan Myint.

On 25 Oct. 2006, Burma Army LIB 73, under the Southern Command entered Ma La Gone village and killed two villagers as they rested in their farm hut. The villagers were Saw Maung Maung Tha, 40, and his son Saw Kyo Kyo Tha, 16.