From Forced Labor and Drug Addiction to Freedom; One Shan Story 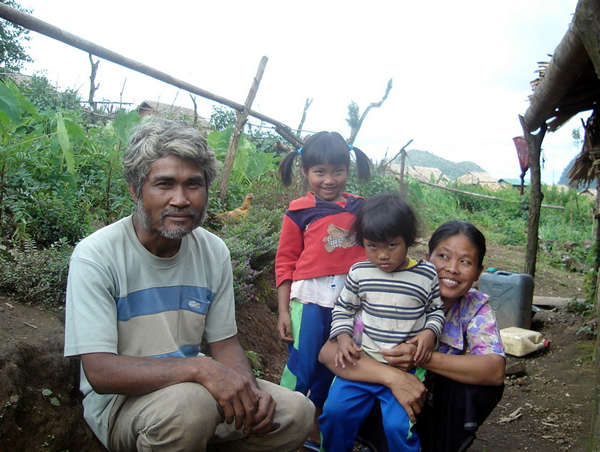 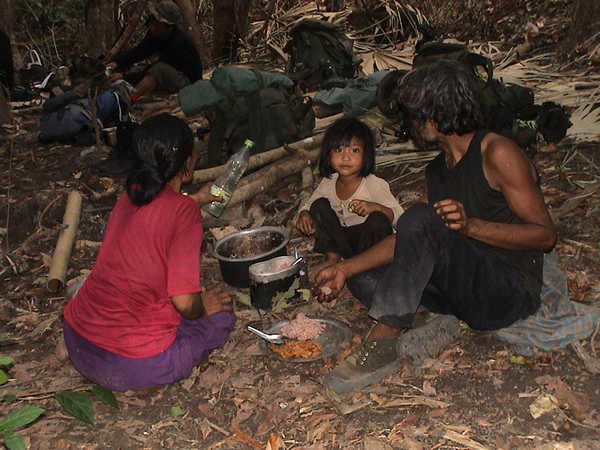 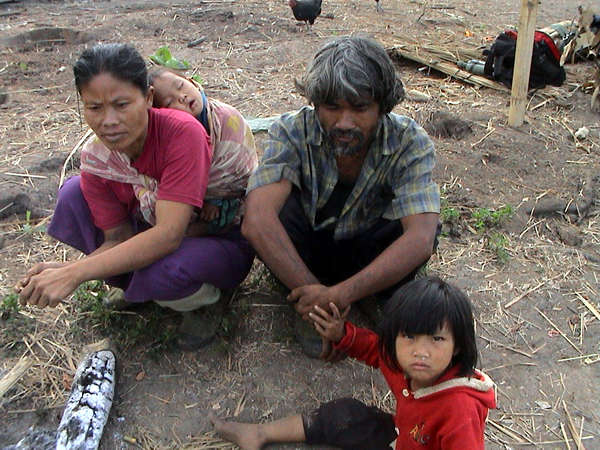 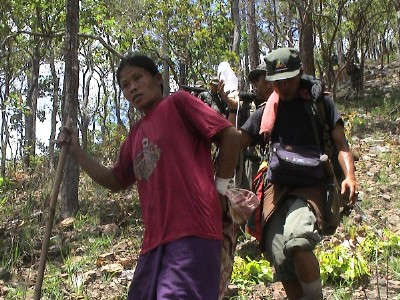 In the midst of bad news of Burma Army atrocities and stories we are hearing daily here of rapes, murders and disappearances, it is uplifting to see something good.

We met this Shan family while on a relief mission near the Salween River of Southern Shan State in 2004. They were fleeing their home village further north where they had been forced to work for the Burma Army under brutal conditions.

They also had personal problems as the father was a opium addict and the mother was addicted to amphetamines. They told us the Burma Army gave them drugs as payment and to keep them under control. Their two little daughters were dirty and malnourished. They had been walking for days and hiding from Burma Army and Wa Army patrols as they escaped to the south. They told us they heard that the Shan State Army (the Shan pro-democracy resistance), had a protected area for displaced people like them and that the Shan State Army would help them kick their drug dependencies. They asked if we could lead them to this place. We were glad to, and put the family in the center of our column as we headed back to the safe area.

During our movement we were followed by the Burma Army and their local proxies, the Wa Army, and because of this we had to move fast. It soon became very difficult for the family even though we were already carrying their two girls and belongings. We had to give the mother an IV and were just able to get them to the safe area. They were a miserable looking family and at the worst point seemed unable to care for their children as we moved. The father and mother were mentally and emotionally weak and the years of forced labor and drug abuse had taken their toll.

Now two years later while preparing for a mission deeper inside, we met this family again. They were in the same safe area for displaced people we had brought them to.

There are about 800 people seeking refuge here from the oppression of the Burma Army. It is a tenuous place but relative to other places in the Shan State, it is safe for now. When we saw the family this time we were amazed. They all were healthy and strong and smiled when we met. They had been off all narcotics since they arrived here two years ago. They had a solid cabin and were farming the hills around the site. They said they were happy and had a good life. They were free, safe and could even send their daughters to the local school for displaced people. To be with them and see them strong and smiling is a wonderful answer to prayer. We wanted to pass this on to you and hope it is an encouragement to you.

Thanks to all of you, we love you all and may God bless you,