The following pictures were taken by an FBR relief team in Toungoo District, Karen State, on or around 17 January 2005 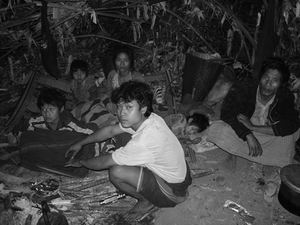 Their village was attacked on 26 December 2005. They and 400 other IDPs are hiding in the jungle now. These people are in Eastern Tantabin Township, Toungoo District, Northern Karen State, Burma. 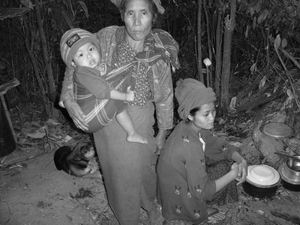 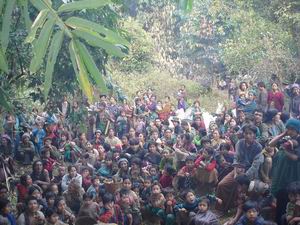 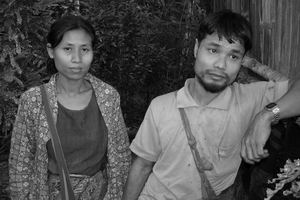 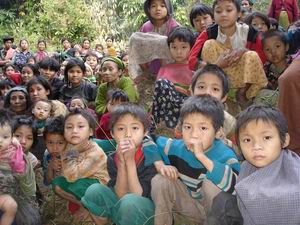 These children and their families (400 people total) are in hiding from Burma Army patrols. The Burma Army attacked their village on 26 December 2005, capturing and reportedly killing two men. The Burma Army then looted the village and are still patrolling the area. The villagers are afraid and are still hiding but have lost their homes and possessions. Families sleep on the ground in the jungle. Night time temperatures are now dropping to the 40s Fahrenheit and this is very cold for those sleeping with no shelter and few if any blankets.