Included in this report: 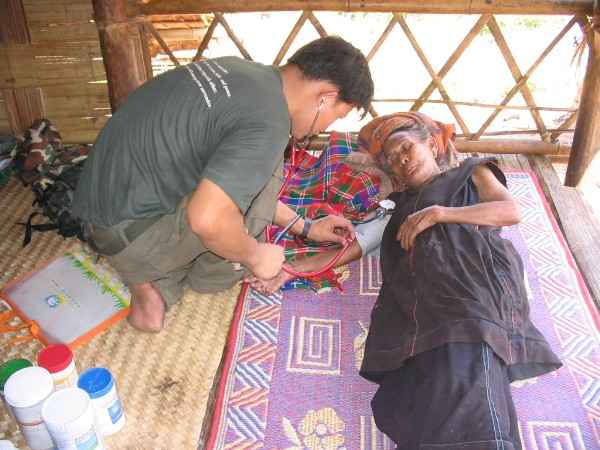 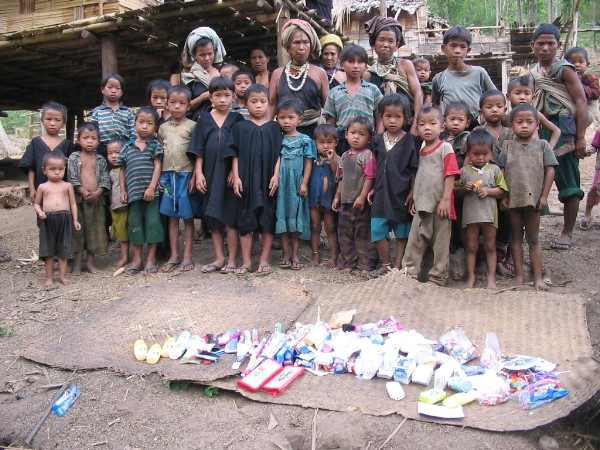 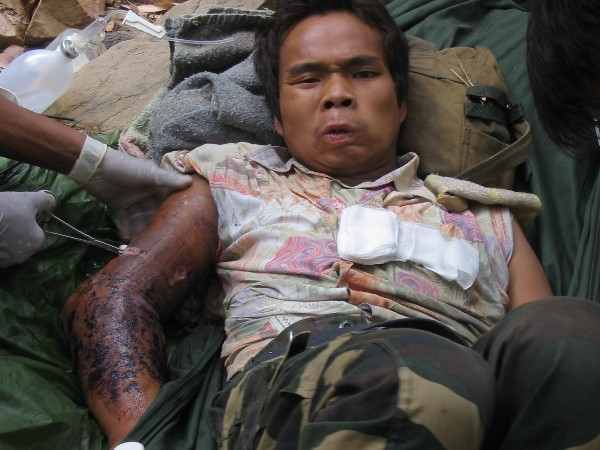 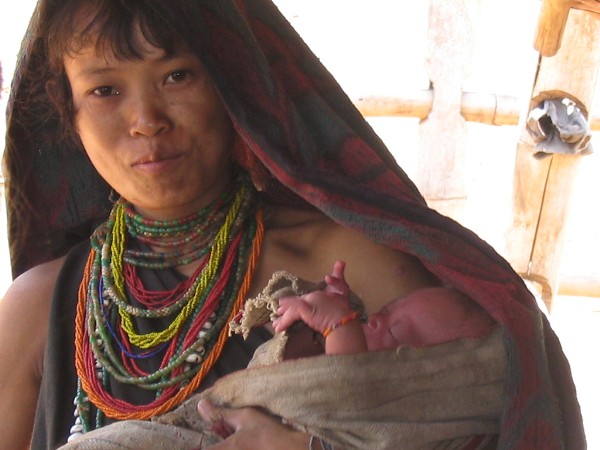 IDP lady with her newborn baby 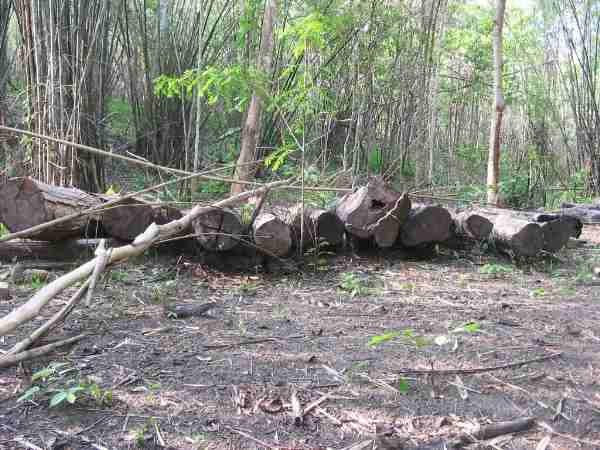 Logging in Karenni State by the Burma Army

2. MISSION SUMMARY
Health: A Karenni Free Burma Ranger (FBR) relief team members provided medical treatment for 957 Internally Displaced Persons (IDPs) during the mission. Malaria, worms and vitamin deficiencies were the top three illnesses they saw among IDPs. The villagers must pay for medicne here. The team met many people who were sick, particularly women and children. The team provided medical treatment to those they could visit, but could not visit all the sick villagers due to Burma Army troop movement in the area.

Human Rights Abuses are ongoing in this area of Northern Karenni State. Throughout the months of February to June 2005, Burma Army troops demanded rice, chickens, pork, money, horses and forced labor from IDPs. Each family has to support the Burma Army and KNPLF (Karenni group allied witht the SPDC) troops with 16 kg of rice per month.

Education: The team visited schools in the area, most of which didn’t have any sports materials, textbooks or school supplies. The schools did not have enough teachers. Most villagers could not read or write. The majority can speak their own language. Some can speak Burmese but cannot read or write. Approximately 7-8% of the population there can read Burmese.
The majority of people are non-literate. Many villagers were uneducated but asked the team for assistance with teaching materials.

Analysis and Conclusion: The team sympathized with the villagers and IDPs they met and saw their needs for survival, education and health. They are living in very hostile conditions and unstable settlements. The villagers and IDPs were hopeful at seeing the team and expressed gratitude. The team was able to encourage the villagers and explain the mission before doing the medical treatment. If the political situation does not improve in Burma, the villagers we met will continue to have problems with health, education and food supply. The team encouraged them to pray for hope, peace and to support the efforts for education, health and peace-building inside Karenni State. This generation is living in tragedy and the outlook for the coming generation is gloomy if we can’t support the people and make a change.
3. IDPs IN SHA DAW TOWNSHIP, NORTHERN KARENNI STATE
Statistics: There are 7,700 Internally Displaced Persons (IDPs) in Sha Daw Township and 2,765 IDPs in the Karenni-Shan State border area. The majority of the people in the areas visited by the team were Animist or Catholic and some Protestant Christians.

The people in Sha Daw Township visited by the relief team were living in fear due to the demands of forced labor, rice and tools by the Burma Army and KNPLF. The troop movements in their area inspire fear in the villagers also. From early February until the time of the mission, the men from the villages have been hiding in their fields so as to avoid the forced labor requested by the BA and KNPLF. The villagers are threatened into doing this forced labor.

The Burma Army and their allies, a splinter Karenni group called the Karenni National People’s Liberation Front (KNPLF) are terrorizing IDPs and villagers in the Karenni-Shan State border areas. These are troops from Burma Army IB 424, 94 and KNPLF forces. All troops are under the umbrella of Burma Army Division 55.
In early 2005, previous to our mission, the Burma Army troops based in Shan State launched attacks in Sha Daw Township and along the Karenni and Shan border. They attacked reportedly after hearing of an alliance and action taken by the Shan State Army (SSA) and the Karenni Army.

In the middle of May 2005, the BA ((IB 424,IB 94) and KNPLF started attacking the Karenni Army in Sha Daw Township. In early June, they started building a post on the Karenni-Shan State border.

Reh was a KNPLF organizer before he left his village. He lived in XX city. He said, “Before I left my position, my leader commanded me to fight with the Karenni Army. I didn’t do that and didn’t agree with it. After that, some of my commanders and soldiers tried to kick me out of my position and kill me. On May 2, 2005, a group of my leaders (KNPLF) and my soldiers held a meeting concerning me. I heard that they all agreed to kill me. On May 3, 2005 at 4 p.m., I left my house and hid in the jungle. I was in the jungle for two days, thirsty and starving, not feeling well and not able to walk.” After two days, he contacted Karenni Army soldiers and stayed with them. This man is one of many who live in fear in Karenni State.

We want to thank all who support relief missions that help these people,